Map the Planet: How Drones Have Mapped 5 Million Acres 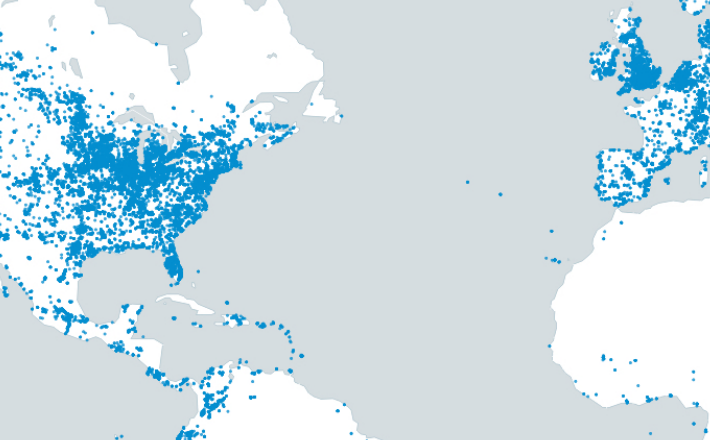 Drones have mapped 3 million acres in the last four months, more than doubling the amount over the previous 16 months, according to an industry report by DroneDeploy.

130 countries around the world were included in the study, with North America and Europe comprising the majority of the acres mapped. By continent, the top countries were the United States, United Kingdom, Brazil, Australia, Japan and South Africa.

Despite a slower than average regulatory space in the United States, it holds the title for most acres mapped in the world. It beat Russia, China, and Canada, all of which have larger land masses.

94 percent of the maps were taken by quadcopters, with fixed-wing drones decreasing in usage. The report notes that although fixed-wings are well-suited for commercial applications, the ease of use of quadcopters might have contributed to their overwhelming lead.