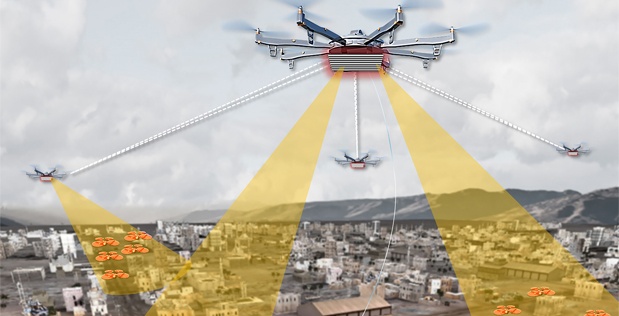 The Defense Advanced Research Projects Agency (DARPA) wants to help manage the skies for the new industry of unmanned vehicles. The agency announced the Aerial Dragnet program, a new initiative that aims to keep track of drones flying up to 1,000 feet over large cities.

According to DARPA, there is a well managed air traffic control system for manned aircraft, but we need a system that continuously monitors unmanned flights.

While there are already unmanned aerial systems tracking drones, they aren”T well suited for urban environments, according to DARPA. The Aerial Dragnet is designed to track non-line of sight and identify slow, low-flying drones that may be threatening. The program is still a work in progress, but eventually DARPA wants to provide a network of surveillance nodes, sensor technologies, and a continually updated common operational picture of the airspace.

The program will focus on low-cost sensor hardware for existing UAS platforms.

French drone manufacturer, Parrot, unveiled the ANAFI Thermal this past Tuesday. An updated...