2017: The Year of Natural Disasters and Putting Drones to Work 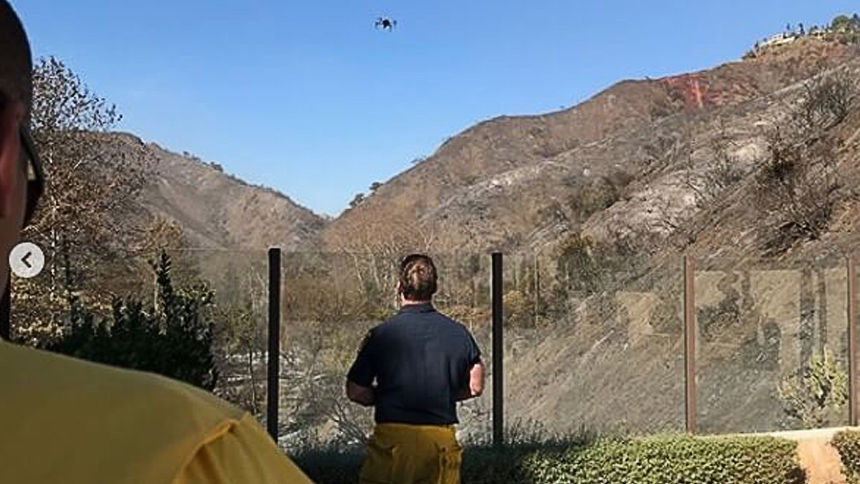 This year was host to a lot of natural disasters across the globe, but one common thread was the use of drones during the disaster and in its aftermath. Here’s a list of where and how they were used, from most recent to earlier in the year.

The Los Angeles Fire Department debuted its use of drones during the currently raging wildfires. “For the first time ever, we’re going to use our drones,” LAFD Chief Ralph Terrazas said at a news conference on Thursday.

‘shortly afterwards, a firefighter, in his shirtsleeves, launched one of two quadcopters into the air. From the ground, he flew it over the scar of the Skirball fire, which destroyed at least six mansions in the ritzy Bel Air area. Using on-board cameras, he surveyed the damaged property, and got a precise view of the path of the fire. A second drone carried an infrared camera to highlight remaining hotspots, which firefighters could then track down and finish off,” Wired reported.

After a deadly 7.1 quake rocked central Mexico on September 19, drones were used to illustrate the damage, which left over 220 people dead and leveled dozens of buildings. Just 11 days before that, an 8.1 earthquake hit Oaxaca in southern Mexico. Drone footage later emerged of its destruction and search efforts.

Hurricane Maria was regarded as one of the worst natural disasters in Dominica and Puerto Rico. The storm wreaked havoc on Puerto Rico’s power grid and triggered a massive humanitarian crisis. Aside from drones surveying the damage Maria left in its wake, in November, the FAA approved AT&T’s request to use a new drone known as the Flying Cow or Cell on Wings to help restore cellular service in Puerto Rico, Fortune said.

The FAA issued 132 airspace authorizations for drones to aid in the recovery and response efforts following Hurricane Irma in Florida. More specifically, drones were used for quickly assessing disaster-stricken areas to determine which areas needed the most assistance, aerial surveys and mapping as well as flying them for insurance purposes, facilitating a faster claims process.

“I don”T think it’s an exaggeration to say that the hurricane response will be looked back upon as a landmark in the evolution of drone usage in this country,” said FAA Administrator Michael Huerta at InterDrone, The International Drone Conference and Exposition in September.

Hurricane Harvey was the first hurricane to really give drones the opportunity to prove their effectiveness in disaster relief. Like Hurricane Maria, drones played a critical role in assessing damage, surveying flooded areas, and assisting with power restoration. They were also used for search and rescue efforts as well as tools for news coverage from outlets such as CNN.

In mid-August, Sierra Leone suffered flooding thought to be the worst in over two decades, which triggered a mudslide on the outskirts of the country’s capital Freetown. After a national emergency was declared, and hundreds of people were either dead or missing, the UN used ‘satellite data, radar imagery and drone mapping to assess which areas may be at risk of a second mudslide or further flooding,” The Guardian reported.

After an unprecedented amount of rain dropped on Mocoa (about a month’s worth in a few hours), a mudslide was triggered, killing over 250 people, injuring over 400 and leaving around 200 people missing. In the aftermath, heat-detecting drones helped more than 1,000 soldiers and police in an effort to find any signs of life underneath the rubble.

Ramping Up for More Humanitarian Use

In June, the government of Malawi in Africa and UNICEF launched a testing corridor to specifically focus on humanitarian and development use.

“Malawi has over the years proved to be a leader in innovation and it is this openness to innovation that has led to the establishment of Africa’s first drones testing corridor here in Malawi,” said Malawi’s Minister of Transport and Public Works, Jappie Mhango, in a press release. “We have already used drones as part of our flood response and we can see the potential for further uses, such as transportation of medical supplies, which could transform lives in remote rural communities.”