Why The FAA is Temporarily Suspending Drone Registrations 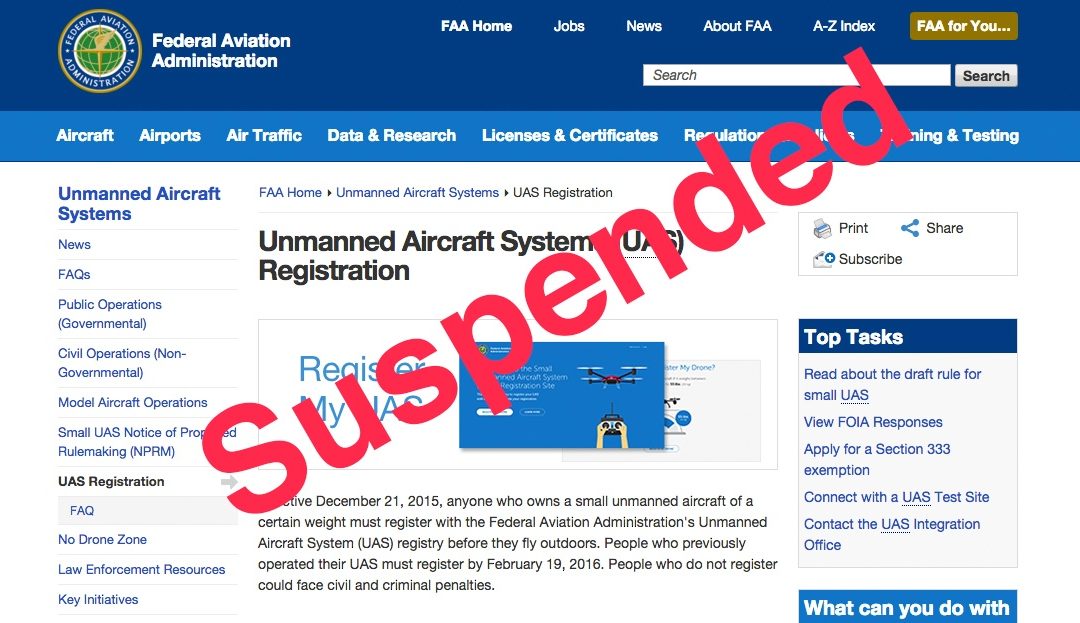 Following the FAA’s rule requiring all small-UAS to be registered, the Federal Aviation Administration will be temporarily suspending the registration system due to an overwhelmingly strong initial demand. Users submitted over 45,000 registrations in the first couple of days after the system launched, and the shutdown is an effort to combat reported slowdowns.

Anticipating increased demand post-holiday, the FAA has instructed CSRA, the contractor in charge of the system, to address the performance issues before they escalate. The service will be down from Wednesday, December 30, at 11:00 pm EST to 6:00 am EST on Thursday, December 31.

The FAA has imposed a February 19 deadline for all unmanned aircraft purchased prior to December 21 to register with the system. Adding an estimated 400,000 drones to be sold over the holiday season, the 45,000 already registered as of Tuesday represents only a small percentage the system can be facing in the coming months.

In its announcement, the FAA reiterated its previous statement that registration will foster a greater awareness on the part of users to learn the rules about flying safely in the National Airspace system.