What Part 107 means for the drone industry 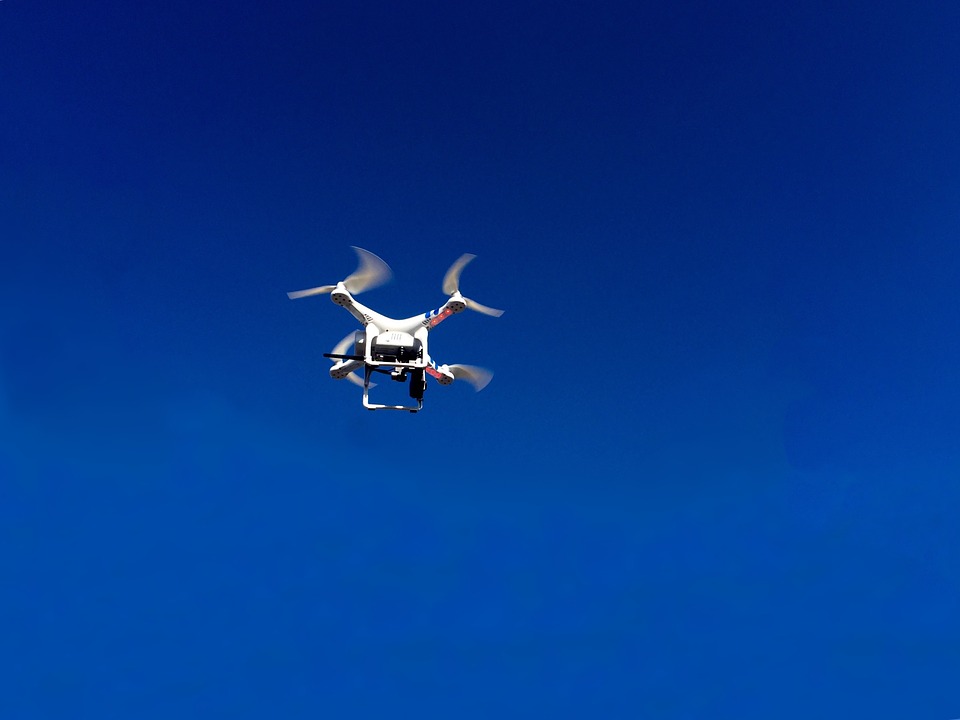 After months of waiting, the FAA finally released its rule for the commercial use of small unmanned system. The rule, also know as Part 107, is meant to be a huge step toward a full-fledged commercial drone industry, opening up the sky to more and more use cases.

“This rule today opens the door in a way that it is not going to be possible to close,” said Michael Drobac, executive director of the Small UAV Coalition. “For us it is that big moment where we are ushering in technology. To this point it has only been a concept or the art of the possible, and now we are saying it is not only possible, but now it is legal and we are open for business.”

InterDrone News had a chance to speak with Drobac to gain a deeper insight into how Part 107 will really open the doors and transform the growing industry.

InterDrone News: What is the significance of Part 107?
Drobac: We’ve been laboring under a Section 333 exemption process for quite some time and for the majority of commercial”In fact all of commercial activities”The operators have had to go to the FAA to seek an exemption. While that was a fruitful exercise for operators, we got to a point where it was becoming lopsided.

There were 5,000+ petitions that had been granted, but there were over 70,000 petitions that were still in the queue. It was clear that the aspirations and the motivation to use the technology far outweighed the time and the potential for the FAA to keep up with exemptions, and I think that was all by some extent by design. They knew they were going to have a final rule in place. It wasn”T in September 2015, which was the goal; certainly a lot took place in that time period and there was much exploration and commitment by the industry to work through how to make this technology ubiquitous across every sector of the economy and do so in a viable legal manner. That is what we have today. This, to me, represents the big sign if I had to visualize it, it is an “Open for business? sign.

What is the Small UAV Coalition’s stance on the rules?
The coalition is overwhelmingly positive because what it does is it entertains a lot of the areas of progress that we wanted.

We are looking at the 400-foot altitude, while lower than the anticipated 500 feet, it isn”T necessarily the barrier that some thought it would be. For example, in discussing what happens for inspections that are carried out, it is interesting to note that they haven”T really capped it at 400 feet. What the FAA said was if you are doing an inspection of a cell tower that is 1,000 feet, then provided that you not go to 1,500, then it is permissible.

There seems to be a bit of flexibility within how this is operating, which I think is essential. The other aspect of this is it is clear that they left everything open to a waiver. Anything that is still prohibited, the comment was to seek a waiver or seek the existing Section 333. The other part of it is that all of the 7,000+ pending Section 333 exemptions they said that 90% would be deemed legal, and I think that is a fairly momentous occasion for all of the actors involved because it allows for them to start using this technology right away and to enter the airspace.

How is this rule going to foster innovation and provide new opportunities ?
We cannot overstate the importance of this. We have been waiting for this for years. Certainly in the 2012 FAA Reauthorization there was the commitment by Congress with the direction of the FAA to come up with a rule in September 2015. There were some things that certainly the FAA and community grappled with to get to an understanding of how…we get to commercialization.

I would say there is no question that there is a growing demand for this technology. Today’s rule says you can use this, we are open for business, and it goes beyond just suggesting that you can use this within very strict parameters to say in fact if you are doing an inspection and it is higher than 400 feet, then as long as you don”T go out way beyond the structure, as long as you are complying with existing regulation, but also doing what is consistent with safety and the standards, maybe you can go beyond that. It was also very clear that they expect waivers to be asked for exemptions to the general rule.

The innovation is still yet to come. There are still elements of this where we have our safety wheels on. The training wheels are still on to the extent that…they recognize that delivery was possible and that it is probable. What they didn”T do is completely usher in delivery without some exceptions. I don”T think we are talking about delivery to rural areas that are not populated. That doesn”T sound like it makes much sense to anyone, and the fact that they were so clear and robust in terms of what they are permitting with the rule in terms of commercialization, I think it is only a matter of time.

What are the biggest changes that Part 107 introduces, and what should drone operators should be aware of?
There is still some time here. While it introduces a clear design that this is going to be in 60 days wide open for all of the hundreds of use cases the Department of Transportation signaled in its economic analysis of the NPRM way back when. What we are going to need to do as an industry is 1) Go ahead and make sure the pilots and the non-pilots are going to appropriate aeronautical knowledge tests and certifications, which we believe will be online so that they are trying to make this feasible and accommodate this incredible market; 2) Once that happens, we will see those in this industry that have already been using it recreationally and have the potential to be wonderful operators begin to follow up with their potential partners in how they can begin to make this a revenue model. That is one of the big areas that this rule accomplishes. If you had a list of companies that were interested in hiring you for use of this technology in inspection, surveying, or photography and videography, all of those things are now going to be wide open, and we are going to see a number of companies that are either well known or not well known center stage in terms of using this in a way that is more efficient and cost effective.

The rule allows for some deviation. While the rules are clear, it does recognize there are certain instances where the project may require certain deviation from the set rules, and they entertained that and said that would totally be consistent if you were above 400 feet for an inspection. Beyond that they said if there was something you wanted to do, they are going to have waivers. We are going to see a number of industries say, “Hey these things are great, but we wanted to go further.”

It sparks innovation by having a rule like this where it says we are open, flexible, and we are looking at how we can expand what is currently permitted and really see the true potential of this technology. That is where we are going to enter in delivery questions over people and beyond visual line of sight. I think everyone knows that this idea of unmanned aerial vehicles was for it to be autonomous, that is the very concept. The idea is if I have to run under my UAS or I have to have a car or have people at checkpoints all along to see where it is, what is the point of the technology? I think we are a ways off from realizing the true potential, but from this day forward, 60 days from now when this becomes widespread use, the use cases that we are going to see is just how effective the technology can be, and then it becomes really the domino effect, which is how long do we wait for the next big advance in these rules. The answer is, not long.

When you open the barn doors, we are going to run free. I don”T mean outside the law; the law will adapt to accommodate something that is changing the way we live for the better: allowing for expedience and lower cost and real-time satisfaction of what we are trying to accomplish. That is something that is very hard to slow down.

Was there anything you found surprising or expected that wasn”T there?
The thing I found incredibly encouraging was the description of the rule. The rule was a little less rigid than I thought it was going to be to the extent that they entertained delivery even though they haven”T done what is necessary for the potential of delivery. They introduced the idea of yes to the 400-foot ceiling, but you can go above it in certain circumstances. Those certain circumstances didn”T seem to require a waiver, but time will tell.

Beyond that, I would say the mentality. Many people were questioning whether Section 333 would be done. The mentality and attitude of the FAA seemed to be one of, “Here are the baseline set of rules and above, which we are going to be very interactive for the community.”

The fact that the FAA response wasn”T, “This is it and this is how it is going to be for the next 10 years,” it was a very much an open dialogue, which seemed to suggest Section 333 will still be available for new ideas and new uses cases, waivers will be open for companies that are looking to do more than what was announced.

I view today as really just being a small step, but a crucial step to opening up this.

What is the next big thing the FAA needs to tackle next?
They have two big areas. Beyond the mundane and the administration task of getting the testing and certification process in place, there are still elements of this rule that need to be implemented, and they have 60 days to do it.

The other things are when you talk about an unmanned aerial vehicle, it is unmanned and it is autonomous and there are multiple of them by one operator, and their operations will occur over people. There are some big things that have yet to be done to really see the full potential of this rule and they have to be expanded.