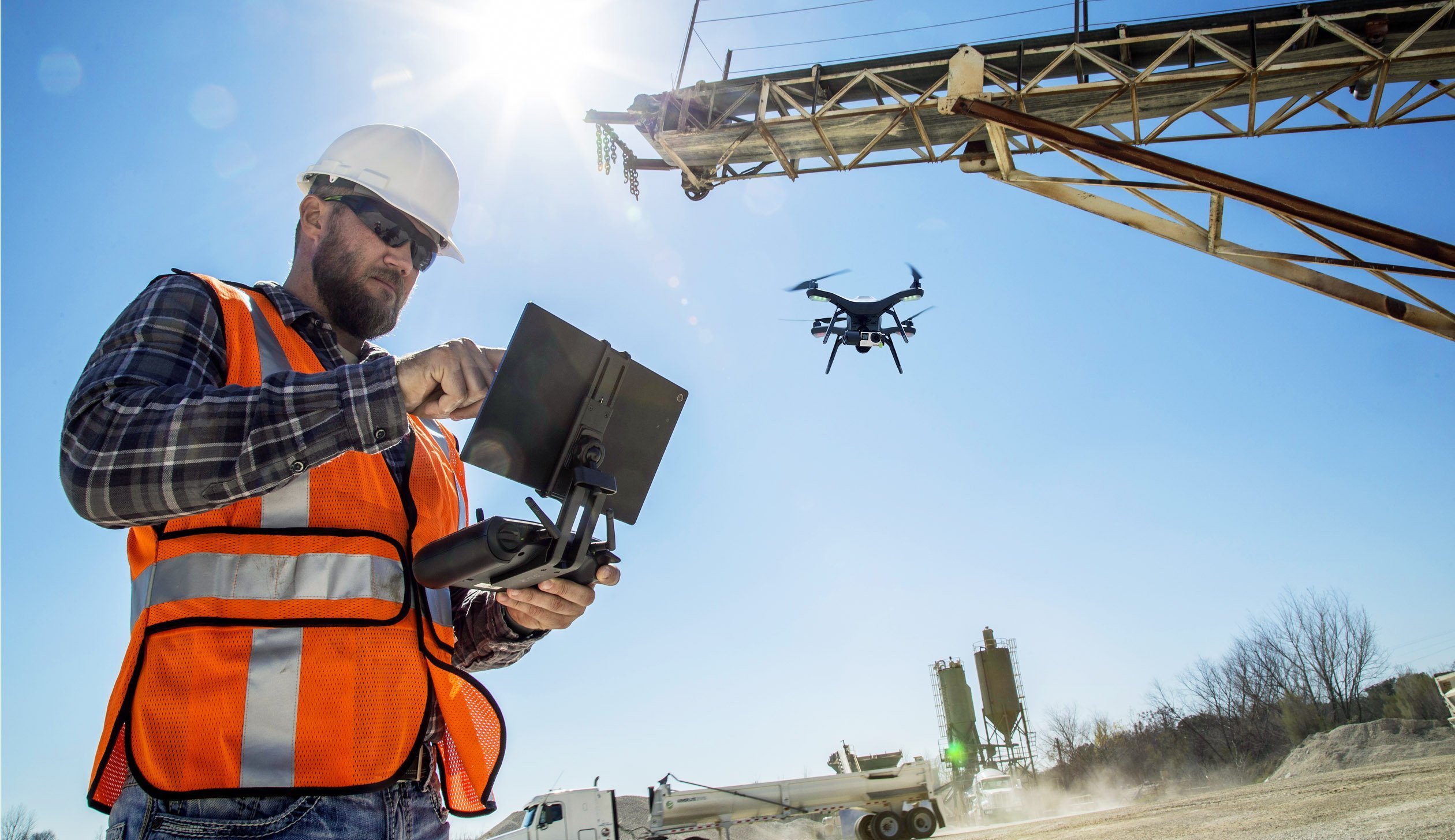 The drone industry has been moving up a few years now. The critical point was back in 2016 when the drone industry took flight when the Federal Aviation Administration (FAA) granted new exemptions for companies to be able to operate drones in the U.S.

The exemptions included multiple industries, such as construction, insurance, and agriculture. This demonstrates the broad range of commercial use of drones.

The drone industry will only continue to grow since many companies are testing new technologies to put drones in their business operations. It is expected that the global shipment of drones will reach 2.4 million units by 2023, which is more than a 66% increase.

We expect drones to become most popular in agriculture, insurance, construction, and media and telecommunications.

Use of Drones in Construction

One of the most essential things, especially for dangerous jobs, is worker safety. Drones can improve the safety of workers in construction by leveraging the mobility of drones. According to PwC, the use of drones in construction will become a $28 billion global market.

This will make the job much easier for construction companies since, by law, they need to survey their sites on regular bases in order to ensure they are safe for the people working there. On daily bases, this process can take from a few hours to few days, but with leveraging the drone technology, companies will be able to shorten the process and still complete it successfully within few minutes.

Use of Drones in Agriculture

Probably the biggest problem that the world faces is the rise of agricultural consumption. The world’s population is continuously rising, and it will reach 9.7 billion by 2050. This means that there will be a need for more food, and the world only has limited resources at a time. However, that is where drone technology comes in. Farmers will be able to manage thousands of acres of land only by using drones.

Drones can be fitted with multispectral imaging, which will bring a lot of benefits for farmers. For example, they will be able to identify pests, disease, data on soil fertility, count plants, view the damage to crops, and much more only by hovering with the drone.

Some of the drone companies are already making drones made for agriculture. The latest DJI AGRAS is capable of covering 7-10 acres/hour and carrying 10kg of payload. It also came with interchangeable nozzle and atomized spraying.

Use of Drones in Insurance

Obviously, drones are perfect for improving insurance and avoiding insurance fraud. That’s why insurance firms will want to leverage the power of drone technology and provide accurate property assessments.

Drones can be used for hard-to-reach locations moments after disaster hits. They will be able to capture images or videos from the damage and send them back to mobile devices. It will be significantly faster than doing the process manually.

Use of Drones in Shipping

Many shipping companies are already working on designing the drone that will be capable of delivering packages to customers much faster than usual. We’ve seen some tries in the past for delivering pizza or other things, but the technology is still not ready for commercial use. There are many challenges that drones will face, such as weather conditions, small obstacles, or theft. But since companies are working extensively into developing the perfect drone that is capable of surpassing these challenges, they will eventually come to the right idea.

We expect fully autonomous drones for delivering packages in the next 3-5 years.

It is an exciting market for investing just as you would invest in the Kentucky Derby winners if you knew you had knowledge about the favorites on the competition. Drones will revolutionize many industries and our everyday living in the future.