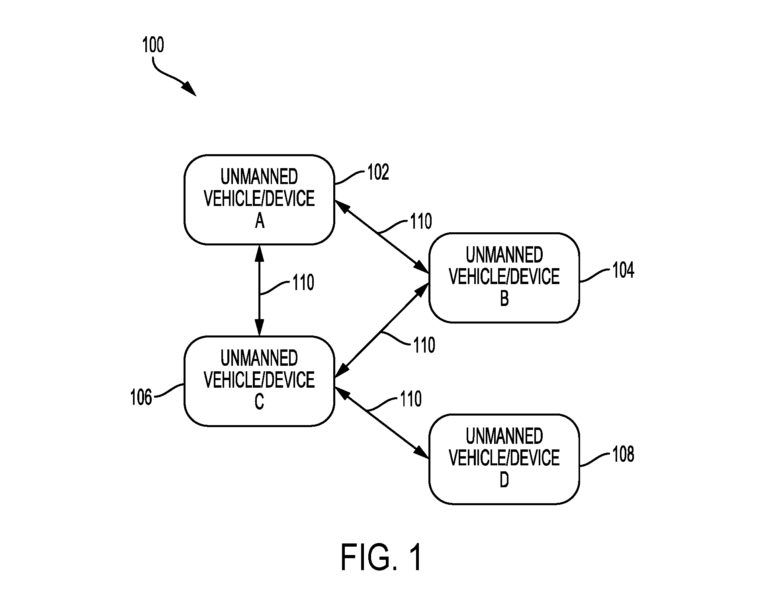 Not many would expect Walmart to dominate Amazon in any area, yet the retail giant is currently leading the charge with drone patents. Since June 2018, the Arkansas-based retail chain has filed 97 new drone-related patents with the World Intellectual Property Organization. Recently, it added another to its arsenal by submitting a patent application for a drone communication system that is based on blockchain technology.

Blockchain was initially created for pioneering digital currency, Bitcoin, but its ability to be distributed, but not copied, is what makes it an appealing option across various tech platforms. As Walmart’s patent titled “Cloning Drones Using Blockchain,” which was initially filed in January, 2019, and published August 1st by the United States Patent and Trademark Office (USPTO) puts it, “A blockchain ledger may store any kind of information that may be stored in any other format or medium, for example, a large list of instructions of different types, navigational information, and maps. In such a way, a[sic] same software profile may be deployed across the cloned drones.”

In essence, Walmart plans to use blockchain technology as an unmanned aerial vehicle-to-vehicle communication system. Important data including location, identification numbers, altitude, speed, battery life, and flight routes can be transmitted between drones. By encrypting this data on a decentralized ledger, operations can be executed without fear of being compromised by outside parties.

The application, which is the first step in a long journey to final approval, is not Walmart’s first foray into blockchain-based drone technology. Back in 2017, an application titled ?Unmanned Aerial Delivery to Secure Location? was published on May 25th by the USPTO. The retailer’s plan with this one was to track packages delivered by drone using blockchain technology. “In some embodiments, the delivery box may also include a delivery encryption system comprising a blockchain for package tracking and authentication. Package tracking by blockchain may include elements including but not limited to location, supply chain transition, authentication of the courier and customer, ambient temperature of the container, temperature of the product if available, acceptable thresholds for ambient temperature of the product, package contents placed in the container system (products & goods), or a combination thereof,” the patent reads.

IBM joins Walmart in the drone blockchain space as it had also filed a patent application with the USPTO in 2017 to secure drone communications. Walmart’s August 1st patent for an unmanned aerial vehicle (UAV) blockchain-based coordination system was published the same day as Walmart’s digital currency patent application.