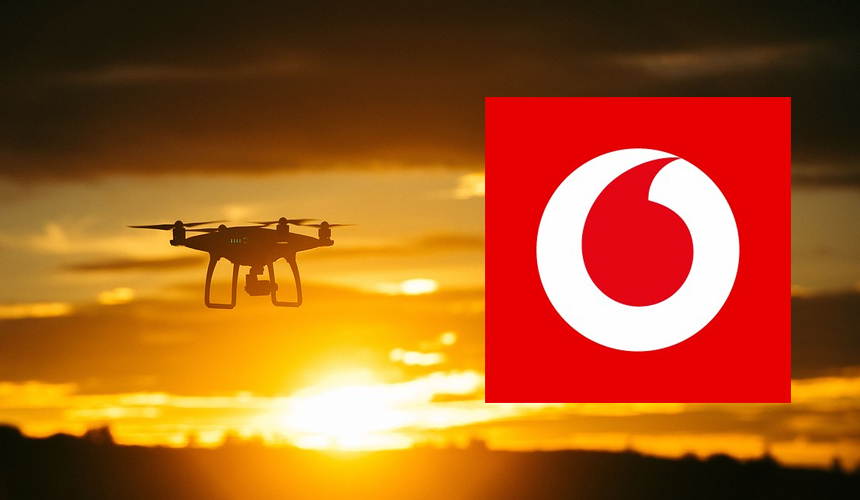 Vodafone is testing and developing a 4G sim card-based tracking system for drones as part of its work with the European Aviation Safety Agency. The goal of the tracking system is to monitor larger commercial-use drones and ground them when flying into restricted airspace as part of a larger effort to improve security and protect European airspace against rogue drones.

The proposed system utilizes a combination of 4G sim cards and a radio receiver to track the drone through a Radio Positioning System. Vodafone is currently trialing the tech out in Spain with the hopes of bringing the real-time geolocation available in mobile phones to airframes hovering at 400 feet in the sky. At the current moment, the tech is accurate within 50 meters, or more than half a football field, which despite being a significant distance still provides improved tracking when compared to traditional radar which has a much harder time spotting drones. Vodafone plans to expand the trials into Germany over the next few months.

Like in the United States, European regulators are trying to ensure safe skies as drone use continues to scale up. Both have been experimenting with private sector partnerships with manufacturers and software providers to develop solutions that don’t impede the industry, but also maintain the current level of safety expected in public airspace.

Some questions that need to be answered before Vodafone’s tracking technology goes prime time is how hackable on-board chips are, and whether or not 4G is a secure enough signal to not be hacked via a stingray (fake cell tower). These vulnerabilities are not insignificant and could render the project superfluous as programs like the FAA’s LAANC and C-UAS tech provide alternative solutions.