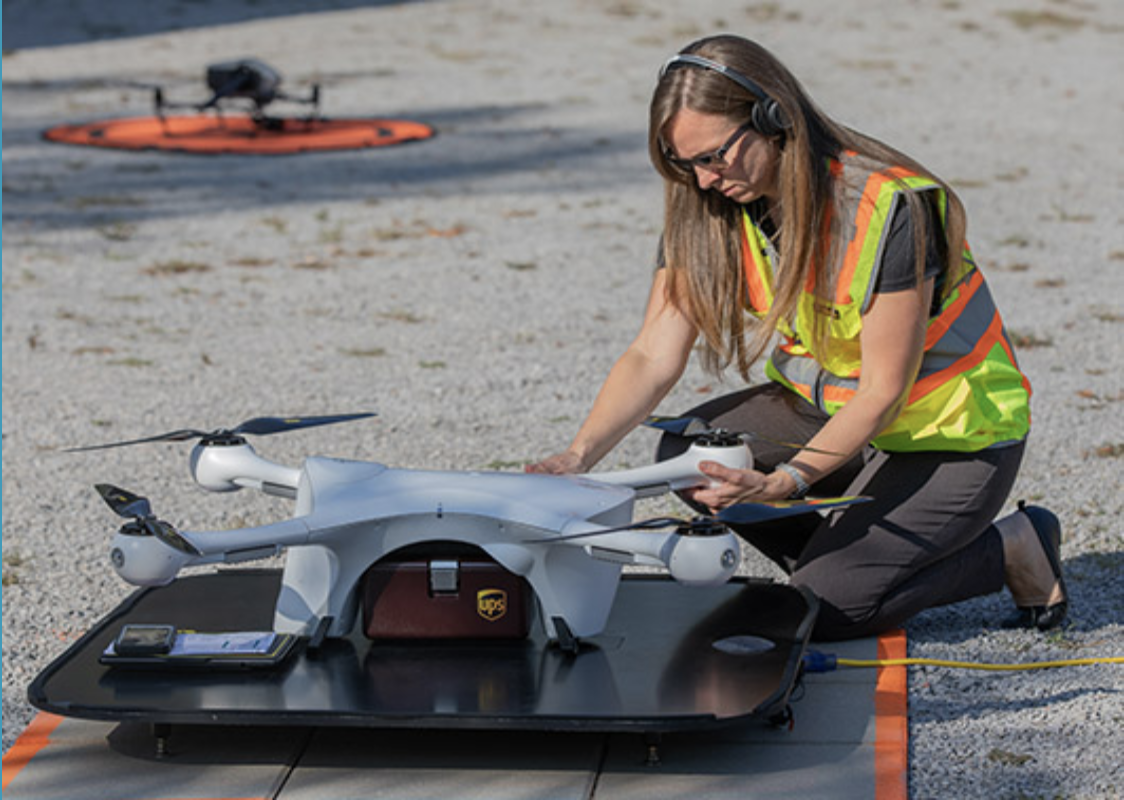 The Federal Aviation Administration (FAA) may be lagging on Remote ID rulemaking but they’re pushing forward with drone delivery. This past week, United Parcel Service (UPS) announced that its drone delivery subsidiary, UPS Flight Forward, was granted a Part 135 Standard certification. UPS partnered with Matternet, a leader in autonomous drone technology, earlier this year to complete the first legal, revenue-generating delivery in the US. They went on to conduct over 1,000 successful revenue-generating deliveries at the WakeMed campus in North Carolina.

“This is a big step forward in safely integrating unmanned aircraft systems into our airspace, expanding access to healthcare in North Carolina and building on the success of the national UAS Integration Pilot Program to maintain American leadership in unmanned aviation,” said U.S. Secretary of Transportation Elaine L. Chao.

While Alphabet’s Wing was the first to receive Part 135 Standard certification, this past April, it’s a single pilot air carrier certificate meaning one Wing employee can operate one drone at a time. The subsidiary of Google’s parent company plans to begin delivery trials, via drone, of consumer goods from Walgreens using UPS rival FedEx as their preferred carrier in Christiansburg, Virginia, this month.

UPS was granted full Part 135 certification. This will enable them to fly as many drones as they want. UPS? drones can operate beyond visual line of sight (BVLOS), carry cargo that weighs more than 55 pounds, and fly at night. None of these benefits are allowed without an exemption from the FAA. The Part 135 Standard certification UPS was granted gives them permission to conduct as many flights as they want, all the time.

“This is history in the making, and we aren”T done yet,” said David Abney, UPS chief executive officer. “Our technology is opening doors for UPS and solving problems in unique ways for our customers. We will soon announce other steps to build out our infrastructure, expand services for healthcare customers and put drones to new uses in the future.”

The possibilities aren”T limitless just yet. UPS Flight Forward’s drone delivery services are being contained to medical campuses around the U.S. for the next few years. The company hopes to expand beyond delivering medical goods when the time is right. “This is the first step to being able to enable deliveries to homes and rural areas,” said Scott Price, the chief strategy and transformation officer at UPS.

This is the first time the FAA has granted such broad approval to a company to operate a fleet of drones as an airline. The blueprint for UPS, going forward, was outlined in their initial announcement. Plans to continue implementing their fleet of drones for delivery include:

Don”T expect to see drone deliveries being conducted in any densely-populated cities anytime soon. Without enough designated areas to safely land, coupled with complex airspace, it’s not exactly feasible. “Use in urban areas,” according to Price, “Is not clear.”