UPS Completes First Legal, Revenue-Generating Drone Delivery in the US 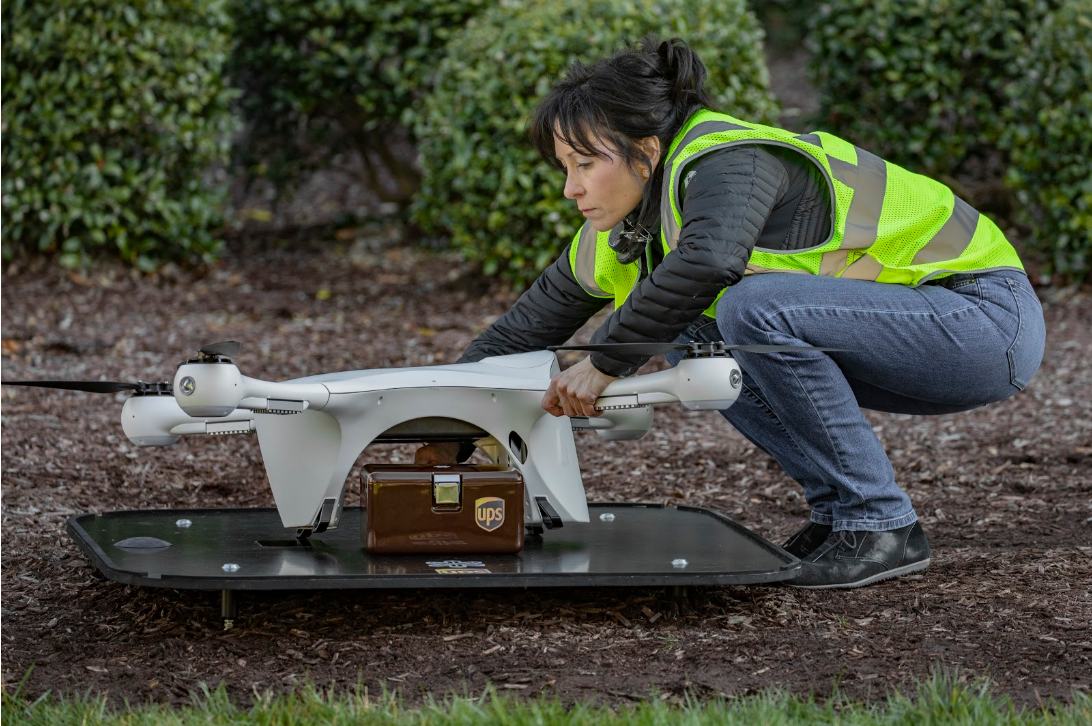 When it comes to the topic of using drones to deliver goods, Amazon, FedEx, and Uber have dominated headlines for the past few years. United Parcel Service (UPS) bypassed them all, earlier this week, by completing the first successful revenue-generating delivery, with a drone, on United States soil.

UPS, not to be confused with the United States Postal Service (USPS), has partnered with Matternet, a leader in autonomous drone technology, to provide a service that significantly speeds up the delivery of medical supplies. The first-of-its-kind initiative was launched earlier this week at WakeMed’s flagship hospital in the Raleigh, North Carolina metropolitan area.

Both the Federal Aviation Administration (FAA) and North Carolina Department of Transportation (NCDOT) are actively participating in the oversight of the program. Tuesday’s historic maiden voyage marked the start of numerous planned daily revenue flights at WakeMed’s campus.

The success, thus far, is promising news for an industry that has been maligned by bad, and sometimes misleading, press. Transporting blood and organ samples can take up to thirty minutes by courier car when roadway congestion is factored into the commute. Matternet’s M2 quadcopter, which is powered by a rechargeable lithium-ion battery, was designed to support medical payloads weighing up to five pounds and is able to cover distances up to twelve and a half miles. The result? An M2 carrying medical samples from one destination to the next takes around three and a half minutes, up to ten times faster.

UPS is currently expected to make around ten drone deliveries per day. A medical professional from WakeMed loads a secure drone container with a blood sample or specimen at one of the hospital’s nearby facilities. The drone then flies along a predetermined route, monitored by a specially trained Remote Pilot-in-Command (RPIC), to a fixed landing pad at WakeMed’s main hospital and central pathology lab.

The program, which started initial testing in August 2018, is ongoing. Both Matternet and UPS plan to document daily activity and apply their collective knowledge to other health facilities across the US. The FAA, NCDOT, UPS, Matternet, and WakeMed make up the FAA’s Unmanned Aircraft System Integration Pilot Program (IPP) – a three-year program aiming to unite local governments with private sector companies to safely and effectively integrate unmanned aerial vehicles into everyday operations.

While UPS is known as a multinational shipping and supply chain management company, its main interest for drone delivery lies in the healthcare sector. Before its involvement with NCDOT and WakeMed, the company partnered with GAVI and Zipline, in 2016, to deliver blood products to remote locations in Rwanda. Matternet has completed more than 3,000 flights for healthcare systems in Switzerland.

The fastest way to get from one point to another is in a straight line. Both UPS and Matternet are proving that its safe and effective, even life-saving, by moving samples via drone.