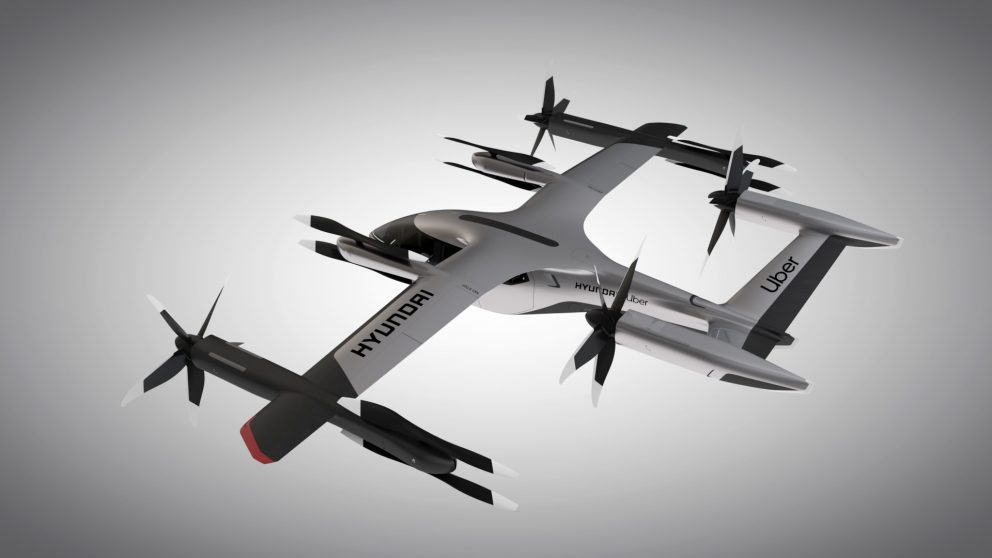 Yesterday, Uber and automaker Hyundai announced a partnership and unveiled a new air taxi with a 60-mile range at the annual Consumer Electronics Show (CES) in Las Vegas. The eVTOL (electric vertical take-off and landing) aircraft can travel up to 180 miles per hour. “The partnership is a significant milestone for Uber Elevate. Hyundai’s mass production history and resources mean they can build Air Taxis at the scale we need, to make aerial ridesharing a reality in cities around the world,” said Uber in a public tweet.

As the above statement infers, Hyundai will produce and deploy the air taxis while Uber will be responsible for airspace support services, connections to ground transportation, and customer interfaces through an aerial ride share network. Hyundai and Uber Elevate have collaborated on their S-A1 Personal Air Vehicle (PAV) designed for ridesharing purposes.

The S-A1 was developed through Uber’s open design process. Based on NASA’s approach of publicly releasing vehicle design concepts, any company can use them for their own development of air taxis. Hyundai and Uber already have company in the PAV market as Porsche has partnered with Boeing to develop an eVTOL vehicle while Daimler has invested in Volocopter, an electric air taxi start up.

“Our vision of Urban Air Mobility will transform the concept of urban transportation,” said Jaiwon Shin, Executive Vice President and Head of Hyundai’s Urban Air Mobility (UAM) Division. “We expect UAM to vitalize urban communities and provide more quality time to people. We are confident that Uber Elevate is the right partner to make this innovative product readily available to as many customers as possible.”