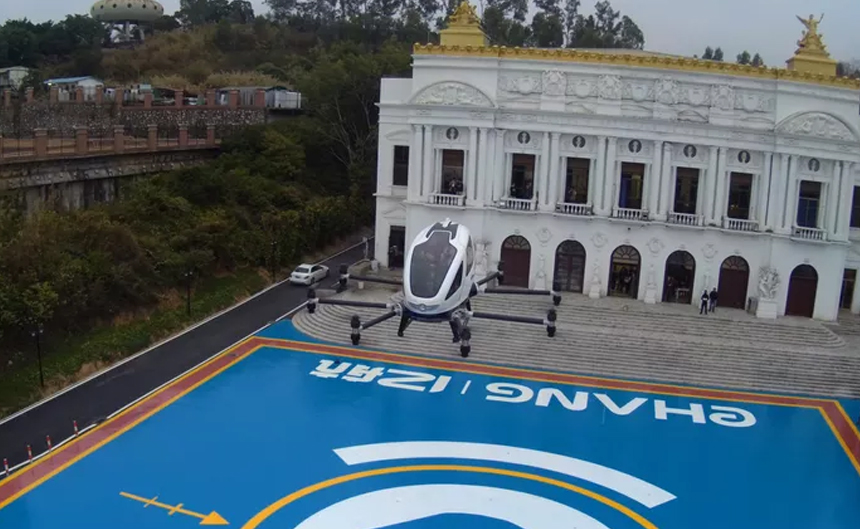 When Ehang revealed its 184 passenger drone at CES in 2016, drone industry veterans had reason to be suspect. The idea of a passenger size multirotor airframe seemed like vaporware that marketing dreamed up to make a headline, but two years later, Ehang has posted a video of a successful public test flight of the 184. And they aren’t alone, Airbus has also successfully tested its passenger drone this week, adding its name to an increasing list of serious companies shooting to make the flying car dream a reality.

According to The Verge, Ehang conducted more than 1,000 test flights prior to the public test. This included stress testing variables that could lead to potential failure, like battery redundancy, carrying 500 lbs, and stability in various inclement weather conditions to ensure passengers will be safe during flights. Just like its smaller quadcopter cousins, the 184 sports a short 23-minute flight time, but with a 10 mile estimated max distance, the era of the self-flying taxi might soon be upon us. In an interview last year, Chairman and Executive Director of Roads and Transport Authority Mattar al-Tayer announced plans to have the 184 fly at the World Government Summit in 2018. That’s only three days from now, and would be amazing if true.

Stateside, Airbus’ Project Vahana completed its first flight tests. The eight-rotor VTOL craft only left the ground for 53 seconds to an altitude of 16 feet, but the test marked Airbus’ entrance into the passenger drone market. The Vahana team built the experimental aircraft out with a hybrid fixed-wing/multirotor frame and expects to be conducting forward flight tests soon. 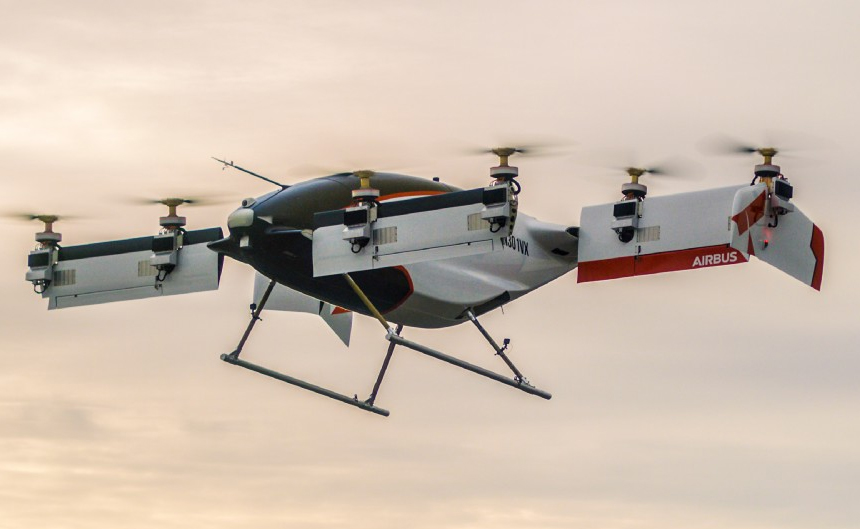 Project leader Zach Lovering sees the flight as a historic accomplishment and has high hopes for the future. “Our goal is to democratize personal flight by leveraging the latest technologies such as electric propulsion, energy storage, and machine vision,” he wrote on Vahana’s Medium blog.

Both companies are actually behind Volocoptor, who took its maiden autonomous flight in Dubai last September. Airbus and Ehang might be behind, but the race to a full-scale drone taxi service is far from over.