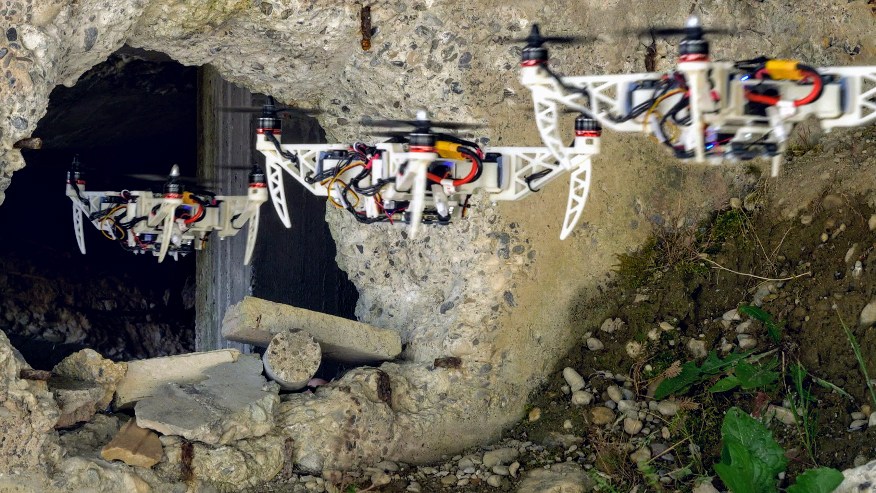 Researchers at the University of Zurich and cole polytechnique fdrale de Lausanne (EPFL) have designed and tested a drone capable of transforming its shape to navigate tight spaces. One potential use case for the shape-shifting quadcopter is during search and rescue operations after natural disasters.

Inspired by observing birds compress their wings when passing through narrow gaps, researchers built a quadcopter that can retract or expand the placement of its rotors. The control system for the drone adapts to the new frame configuration, keeping the drone aloft without impacting the operator’s ability to maintain flight. “Our solution is quite simple from a mechanical point of view, but it is very versatile and very autonomous, with on-board perception and control systems,” said Davide Falanga, researcher at the University of Zurich.

Navigating collapsed buildings or caved-in environments comes with an extreme amount of risk and unpredictability for rescue teams. The researchers hope their transforming drone will be helpful tool to mitigate those risks, acting as a forward party that doesn’t put human life in jeopardy.

The frame can currently transform into X, H, O, and T, configurations, but the team hopes to expand its capabilities to include even more configurations and folding on its z-axis as well. In addition to changing shape according to task, each of the propellers rotate independently, allowing the drone to adapt intelligently to wind and mechanical failures. “The morphing drone can adopt different configurations according to what is needed in the field,” said Stefano Mintchev, researcher at EPFL