"THOR": The New VTOL Airframe that Goes the Distance 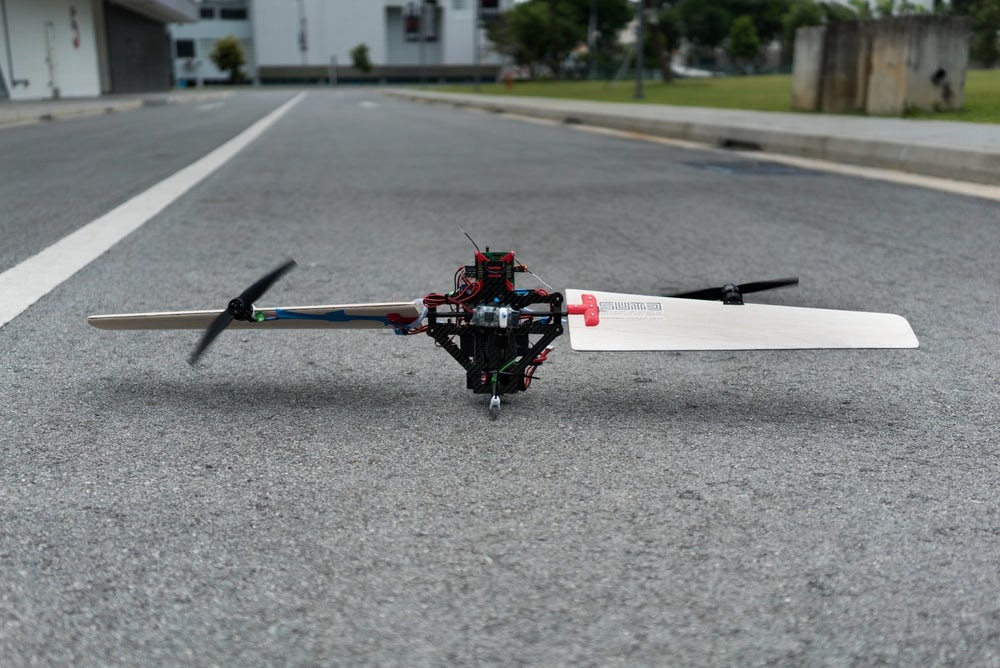 Imagine detaching the rotor from a helicopter, attaching a brain to it, and calling it a drone. The Transformable HOvering Rotorcraft (THOR) prototype from the Singapore University of Technology and Design captures the simplicity of that concept and makes it functional. The unique airframe they built combines the distance covering capability of a fixed-wing with the quick take off of a quadcopter.

The team who designed THOR claims it is a dual wing monocopter. In other words, It’s two wings can rotate 180 degrees to align for optimal flight, or reverse for a helicopter take off and landing configuration. You can see it in action in this video:

THOR is still in its prototype phase, but its design already shows promise. It works better for fixed-wing operations than drone cinematography or short distance missions, but the team claims it is more balanced than the average hybrid.

The team says it’s not ready for market just yet, but they better hurry as Lockheed Martin and MIT have also dipped into monocopter designs. Single rotor drones might not be on the market for a few years, but the early tests are inspiring.