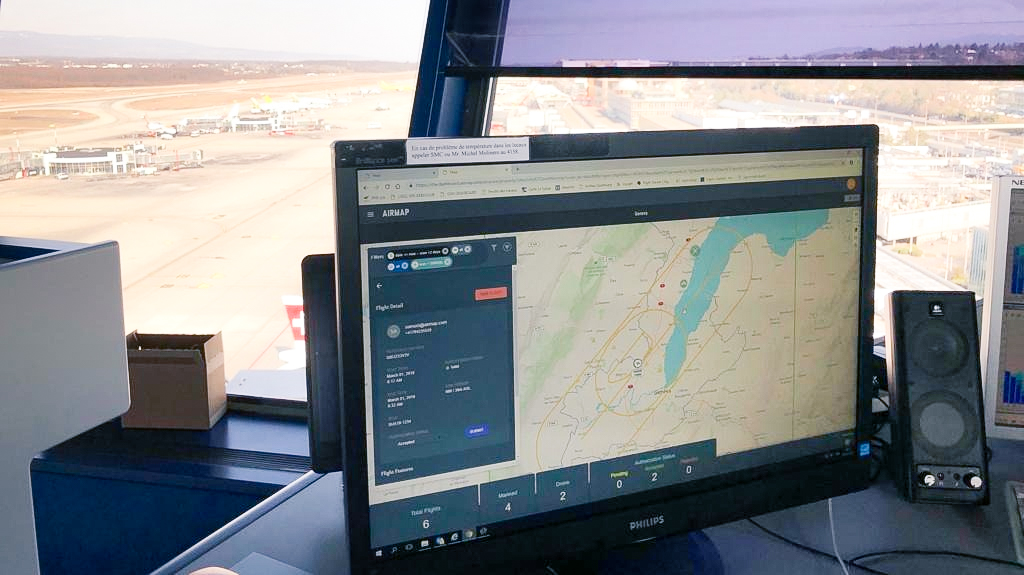 In March, 2018, skyguide, the Swiss air navigation service provider, and Airmap, a leading leading global airspace intelligence platform for drones, announced their partnership to develop the first nationwide U-space system in Europe. U-space, the equivalent of UAS Traffic Management in the U.S., facilitates the exchange of information and interactions between airspace authorities and drone operators. The underlying goal was to develop a comprehensive framework to support safe and efficient operations of unmanned aircraft systems (UAS) across Switzerland.

“The Swiss U-space FIMS is a critical building block toward full UTM implementation in Switzerland,” said Klaus Meier, skyguide Chief Technology Officer. “Following the creation of SUSI, the Swiss U-space Implementation framework designed by FOCA to build an open UTM ecosystem in Switzerland, we are delighted to announce the availability of the FIMS open interfaces to connect skyguide with multiple UAS Service Providers.”

One of the most significant concerns surrounding the integration of unmanned aircraft into national airspace is their potential interference with manned aircraft. FIMS is a cloud-based platform that distributes airspace information, directives, and real-time traffic from skyguide’s air traffic management systems to drone operators through a network of UAS Service Providers (USPs). The system is designed to support an array of USPs, thus stimulating a healthy drone ecosystem and marketplace.

Airmap and skyguide kicked off a Swiss U-space automated authorization live market trial earlier this year. Since then, over 200 operators have used the Swiss U-space mobile application to plan their operations and request plus receive automated authorization to fly in controlled airspace near the Lugano and Geneva airports. More airports are expected to be added in the near future. ‘switzerland’s FIMS enables multiple USPs to connect to safety-critical airspace information using open and interoperable interfaces to deliver nationwide U-space services to UAS operators,” said Ben Marcus, AirMap Co-founder and Chairman. “With this new milestone, Switzerland continues to lead the world in rolling out innovative UTM services that foster an open drone economy.”

To sell its future vision of UTM, including the numerous benefits of integrating drones into national airspace, FOCA released the Swiss U-space ConOps in March, 2019. Anyone country to emulate the system developed in Switzerland can access the necessary info through this hub. Skyguide and Airmap plan to move toward full U-space system deployment with an early 2020 target for completion. Airmap, for its part, has partnered with Raython to develop drone traffic solutions in the U.S.