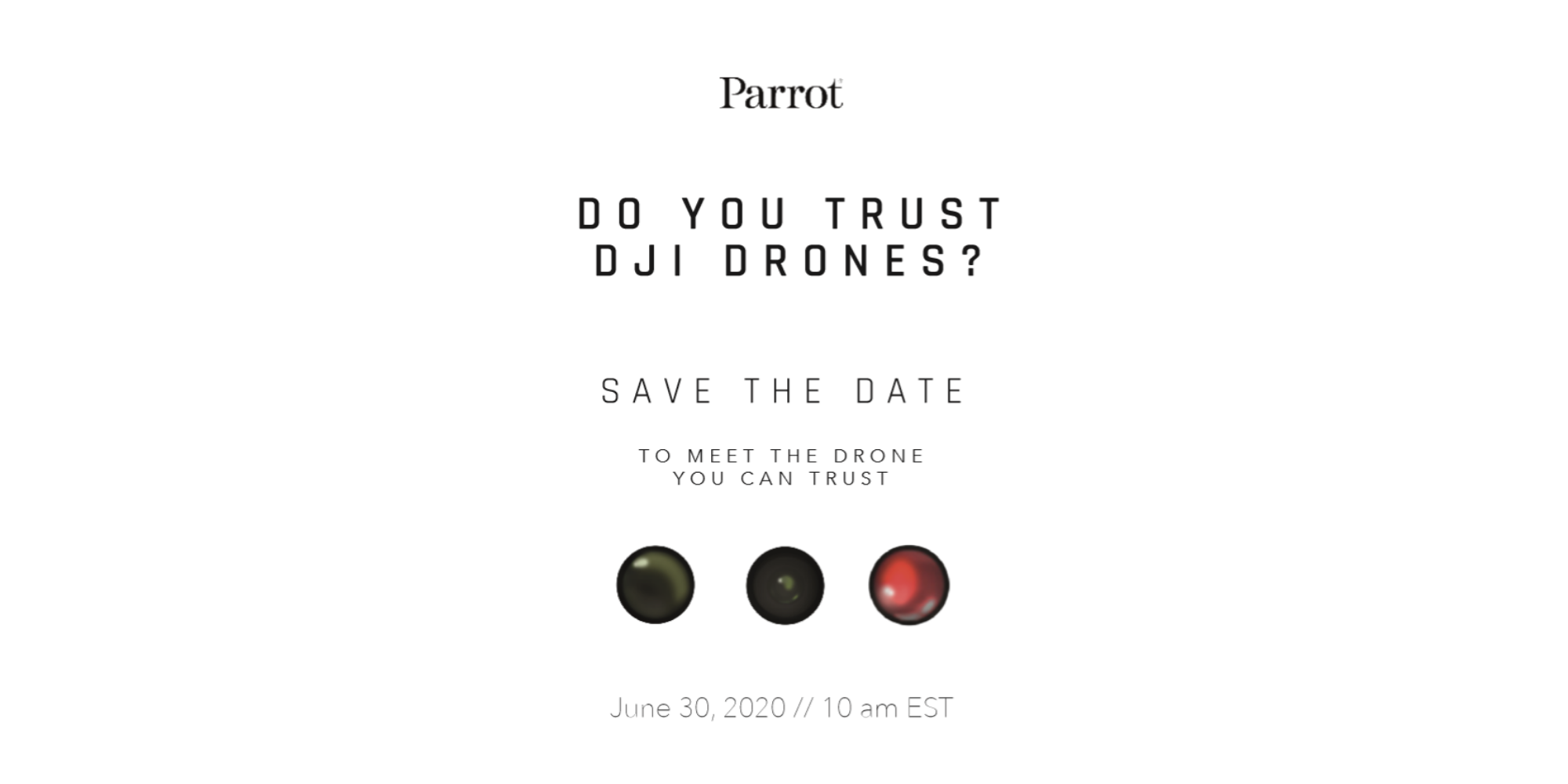 “Do You Trust DJI Drones?” This is French drone manufacturer Parrot’s angle for announcing their latest commercial release, set to be revealed on June 30th at 10:00 AM EST. “As the privacy and security of some of the most popular drones used by professionals and enterprise are questioned by leading government, military and private sector leaders, Parrot seeks to offer these professionals new levels of security, integrity and confidence,” reads the email sent out to media.

As I reported for DPReview back in May, the U.S. Department of Homeland Security sent out an alert stating that drones manufactured in China pose a potential risk to an organization’s private information. DJI’s Vice President of Policy and Legal Affairs, Brendan Schulman, has countered these politically-driven assertions with a recent post titled “How I Know DJI Doesn”T Have Your Drone Data.” In it, he recalls a collision with a drone and Army Black Hawk helicopter to illustrate his claim.

DroneXL points out that Parrot drones may be designed in France, but are manufactured in China and speculates the release will be an updated Anafi. Recent data collected from Drone Industry Insights shows Parrot holding a 2.2% market share in the U.S. compared with nearly 80% from DJI. In order to increase their presence, Parrot claims they are making “the drone you can trust.” The world will find out on Tuesday, June 30th.