Nevada bill could hinder drone industry, according to lobbyist 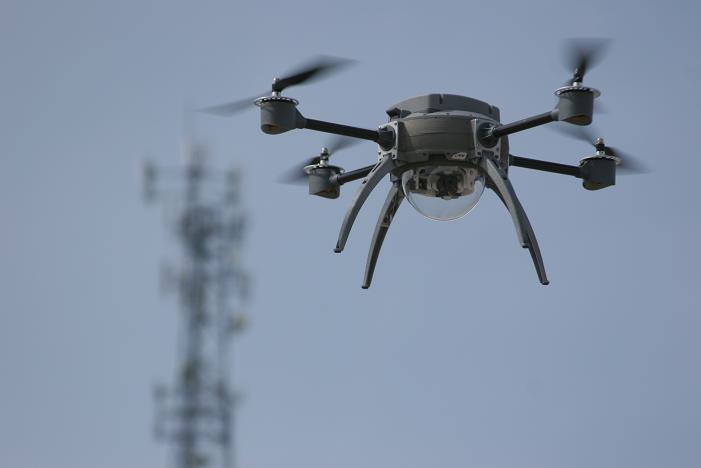 Nevada law enforcement organizations looking to implement drones into their daily job routines may run into some problems if a proposed bill is passed. State Assemb. Elliot Anderson has introduced a bill known as the Nevada Homeowner Privacy Protection Act, which looks to address anxiety about drones, but lobbyists say the bill could hinder the use of drones in law enforcement there as well as in the rest of the country.

“Nevada is all in as the most aggressive UAV innovator. [The proposed bill], AB 239, is sending a message [that] is the antithesis of supporting the emerging UAV industry. AB 239 has been billed as the model for all states,” said John Abbey, a retired police chief and lobbyist against AB 239.

According to Abbey, if the bill passes, it will restrict the use of drones in law enforcement and virtually make it impossible to do anything meaningful with drones.

“What Elliot Anderson and the American Civil Liberties Union (ACLU) have done with the bill is they have basically changed the law,” he said. “They are trying to change the law in Nevada that you need a search warrant to do anything that is meaningful with a drone, with the exception of search and rescue. Judges in Nevada will no longer make decisions based upon Supreme Court law; they are going to make it upon a bill.”

Anderson says the bill is meant to address the privacy concerns of Nevada citizens. “My constituents, and all Nevadans are concerned about unfettered surveillance from UAVs in and around their homes,” he said in an email interview. “In a recent Nevada based survey, 83 percent expressed concern. The Nevada Homeowner Privacy Protection Act helps alleviate those concerns, especially since it has become more feasible for anyone to purchase a small UAV.”

But Abbey argues that law enforcement is not going to use drones to encroach on citizen privacy. “We have too many things to do than spy in your backyard,” he said. Abbey continues that the use of drones is necessary in law enforcement because it would replace the need for helicopters in some cases with a less expensive device.

“The training is significantly less, and the risks to the pilots are less because they are remotely operating the devices,” Abbey said.

However, Anderson says the bill was created based on feedback from the law enforcement and industry in order to avoid any negative and unintended consequences the bill could cause. “I have been working with law enforcement on AB 239 since August 2014 and have met with them throughout the legislative session to address any concerns they may have had. This bill protects people’s privacy rights, and is supported by law enforcement to ensure they can do their jobs effectively,” he said. In addition, Anderson says he has support from all of the major law enforcement organizations in the state.

Abbey believes that if Anderson really does have universal law enforcement support, it is only because they don”T understand the bill or what the limitations will be on law enforcement. “To your average reader, it seems reasonable, but it isn”T. You get into the details and the burden of actually using a drone in law enforcement is restricted to the point where I have agencies telling me that it is just not working,” he said.

Abbey also states that the bill was drafted to be a model bill for the entire country, and if other states start adopting it, it could completely throw off the drone industry.

“Law enforcement and public safety are the early adopter in this kind of technology, so if you take the early adopters out of the market, then you are going to have a significant problem getting that market off the ground and get it running,” Abbey said.

AB 239 was recently passed unanimously by the Nevada Assembly and is currently making its way to the Senate Committee on Judiciary.

“I think other states will see what we were able to do here with this legislation and model future legislation off of it, or take some of the strong tenets of AB 239 and adopt it into their own statutes,” said Anderson.

Anyone interested in learning more about the possible limitations of AB 239 can contact John Abbey at Jabbey@j-corrtechnologies.com.