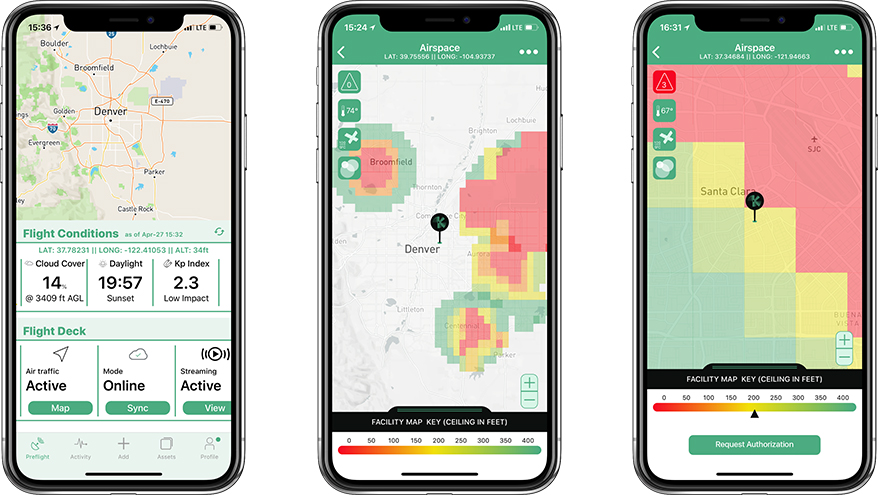 Kittyhawk, a top enterprise drone operation software provider, announced today it will be collaborating with Jeppesen, a Boeing Company, to provide near-real time digital airspace authorization from the FAA through Kittyhawk’s platform.

Just as recent as April 16 of this year, the FAA opened up LAANC, Low Altitude Authorization Notification Capability system, to new suppliers. Kittyhawk plans to provide a one-of-a-kind implementation unlike any other currently on the market and with Jeppesen it will streamline the LAANC authorization process.

Jeppesen is known for the quality of its charts, which are affectionately known by pilots as Jepp Charts. It’s that level of quality and respect for its navigational products it will be bringing to the Kittyhawk collaboration. Kittyhawk as leading software provider in the space will marry its knowledge of mobile design, UI/UX, and an established community of loyal UAV operators.

CEO of Kittyhawk, Jon Hegranes, laid out his vision of where drone and manned aircraft exist under a unified system. “It won”T be too long in the future where we don”T differentiate between manned and unmanned. It will all be a matter of air traffic control,” said Hegranes.

Kittyhawk sees access to the LAANC system as a paramount need of the emerging industry. Its user base has been expressing interest in frictionless app-based authorizations and this new partnership will be an important step towards providing UAV operators with the most accurate and up-to-date maps and airspace restrictions. Josh Zering, co-founder of Kittyhawk, explained how the new data integrates with its current system, “Bringing the collaboration with LAANC is really important. We will be able to give seamless adherence to the authorization. It’s a more perfect experience.”