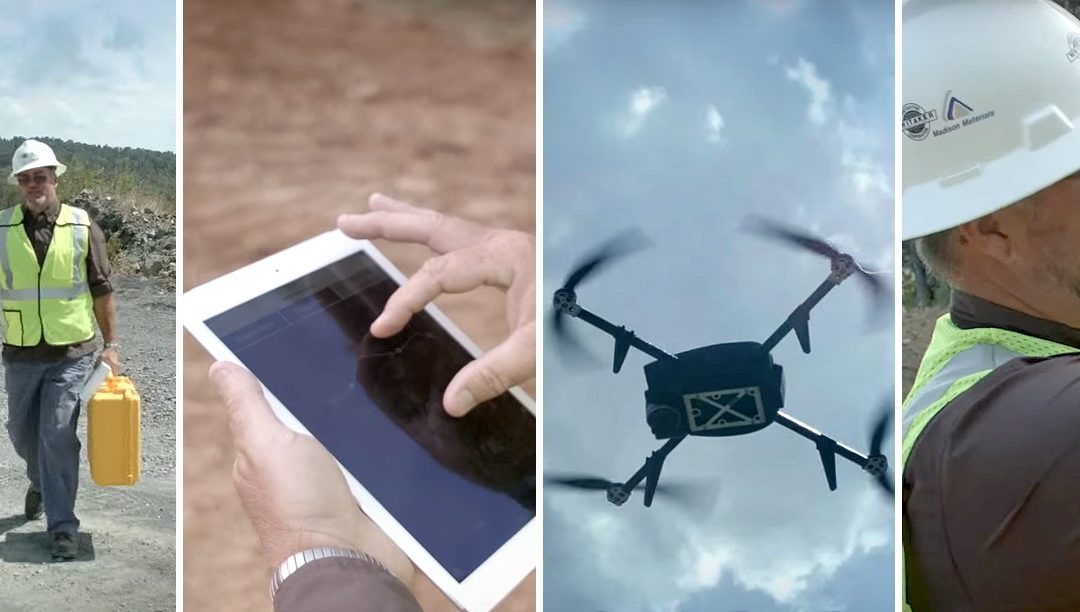 When Whitaker Contracting project manager and estimator John Davenport was told his company was looking to integrate an unmanned aerial system into his daily work, he was very skeptical. “I thought this thing is a toy. I did not believe in it at all,” he said, “But when your boss says he wants you to look at this, then anyone with any sense is going to say “Yes sir.” ?

Davenport actually tried to dispute the use of the drone. “I had plenty to do without adding this other thing to my job,” he said. But the results he found were invaluable, and he couldn’t deny the convenience the drone possessed any longer. “It has really changed everything for me,” he said.

Whitaker Contracting, an asphalt manufacturing and paving company, has been using a Kespry unmanned system to analyze aggregate stockpiles at their company’s three quarries in Guntersville and Blountsville, Ala., as well as at its construction sites to document and compare their progress for the past year.

“I have been surveying for a long time, and the first thing I wanted to look into was the drone’s accuracy. I wanted to see if I came up with the same quantities that it came up with,” said Davenport. “I actually believe its quantities were better than mine.”

But it wasn”T only the drone’s accuracy Davenport was impressed with; the safety features the drone was able to provide has given him (at age 49) the ability to stay in his field for a much longer time than he thought he had.

“Our old way of doing inventory at the quarries was using the very latest GPS software and walking around for three days straight carrying a fiberglass rod that weighed about 13 pounds,” said Davenport. ‘so you are just climbing up and down, tripping, falling and sliding down these stockpiles. It had almost gotten to the point where it was too much for me.

“I am going to be able to continue to work in an industry I love where before the drone I thought perhaps I was going to have to make a change because I just physically couldn”T handle it anymore.”

In addition, Davenport has seen the average worker compensation claims with regards to falls, slips and trips go down in the industry. “It has taken me out of the environment of falling and tripping. I can do everything remotely now with the drone,” he said.

Whitaker chose the Kespry drone because of its cloud abilities, easy learning curve, low maintenance costs, and customer service, according to Davenport. The drone is able to analyze the company’s stockpiles in one flight, provide useful information for future planning for the quarries, and enable the company to manage its inventory more easily, he explained. “I can see the inventory for each time I flew for a particular quarry, and I can see what changes have happened,” he said. “That allows us to be much better managers with regard to production and waste.”

Kespry also allows Whitaker to pay to use the drone for an extended period of time, instead of having to purchase it. The Kespry drone features geofencing, which allows users to tell it where, when and how high to fly as well as how detailed the images need to be. The drone also automatically analyzes the stockpiles and transfers the data into a readable format to allow Whitaker to measure volumes and areas as well as make 3D models

Before the Kespry automated drone system, Whitaker’s annual cost of measuring stockpiles was US$37,831 for measuring six times per year. With the drone, Whitaker has reduced its annual cost by 22%, and is now able to measure its stockpiles twice as much while spending 4x less time overall, according to a recent report Whitaker conducted to showcase the benefits of using the Kespry drone.

In addition, Davenport said that if the company has an idea for the drone that can benefit the industry, Kespry will incorporate its ideas through slight changes in its software or other solutions.

“It’s simple to use, fast, and accurate,” said Adam Rice, business development director for Kespry. “It offers Whitaker the quickest, safest way to valuable volumetric data on their job sites. The flight and data processing are fully automated, requiring no specific flight experience or native data processing. The output visual information produced from the Kespry drone system has the highest quality and the quickest turnaround.”

Davenport notes that every time Whitaker fails to use to the drone to document its projects, monitor the quarries, or fly it over the quarries, the company is costing itself money. “It is just too convenient,” he said. “One person can take it out, put it up and fly over a site before anything has happened to it, then go to another site that has already been started and fly over it. Depending on the size of the project, you can do 50 to 60 acres in 20 minutes. It is amazing.”

The company is currently looking to expand its drone use to a fleet of drones in the future.