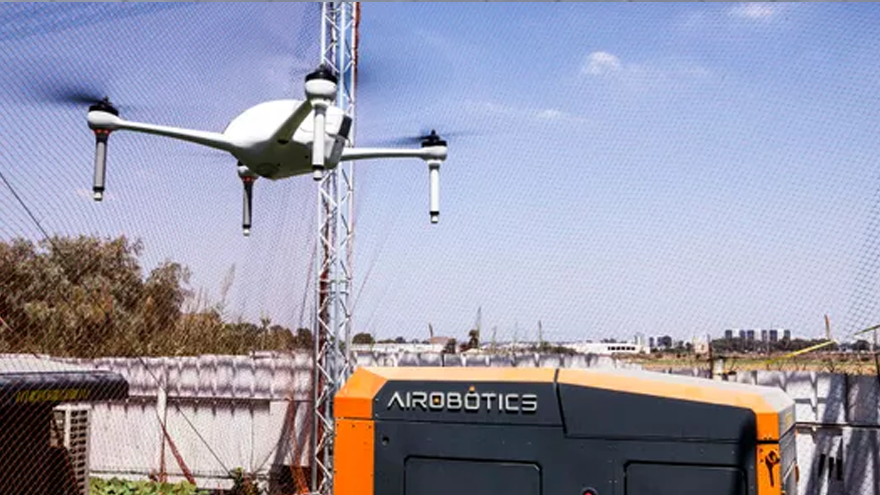 Airobotics announced the opening of a new US headquarters in Scottsdale, Arizona. The company also plans to bring 80 jobs to Arizona and announced its first US client, BHP.

The Israeli startup made its name by developing fully automated drone systems, which handle everything from deployment and battery replacement without the involvement of a human operator. They’ve received sizable contracts in the fields of mining, pipeline, and infrastructure inspection, including a $1 Billion project to develop Israel’s coastline areas. The BHP announcement represents Airobotics’ entrance into the US mining industry.

The regulatory space in the United States differs greatly from that of Israel’s where less resistance to BVLOS operations led to Airobotics being the first company worldwide to gain authorization to fly fully-automated drones. That being said, Airobotics plans to work hand and hand with regulators to both fit within the current rules and help agencies like the FAA advance regulation safely.

Ran Krauss, Co-Founder and CEO of Robotics, stated in an interview with VentureBeat that working with regulators has been fundamental to their growth. “Regulation has always been one of the drivers and challenges for this technology,” said Krauss, adding, “When we started Airobotics, we went to regulators in Israel to see what was possible. We work side-by-side with them. Before we develop anything new, we see what they think and how we can make it work.”

President & CEO of the Arizona Commerce Authority, Sandra Watson, welcomed Airobotics to the state. “We expect Airobotics to be a major player as the AZSkyTech Program continues to make great strides in deployment and usage of UAS,” Watson said. The AZSkyTech program was established by Governor Dough Ducey to position the state as a place in the world to responsibly test and deploy Unmanned Aircraft Systems.