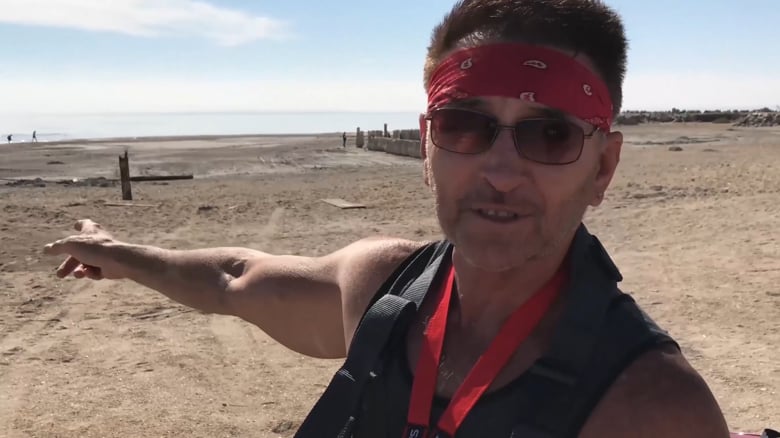 Before Skip Fredricks got involved with drones, he was already an accomplished filmmaker. I got the chance to catch up with him and find out why he decided to incorporate drones into his workflow, how he first heard of InterDrone Expo, where he is a regular attendee and speaker, the steps he recommends for people looking to establish themselves in the industry, and why InterDrone is an integral part of his current success.

You’ve been a cinematographer for decades. What inspired you to incorporate drones into your filmmaking?

Before I got into creating content for TV, I was into professional jet ski racing. It was there that I developed a relationship with the ESPN Broadcast crew. I spent my mid-twenties travelling for jet ski-related work. I had Red Bull and Budweiser interested in sponsoring me and all I wanted was to learn as much about filmmaking as possible. I went to my local Barnes & Noble bookstore and read every book I could find on filming and editing for television, about 35 books.

I pitched XSTV: Xtreme Sport Television to FOX Sports (FX TV) and they gave me a shot. I got in the habit of saying “Yes? to everything even though I still felt like I didn”T know anything. It was crazy, I got a $400,000 check in 3 weeks from getting their approval. It aired in 1997 and was the longest-running extreme sport lifestyle program ever. In the end, I received two Emmy nominations and 40 industry awards for the show.

What I was aiming for was bringing action to the viewer. This meant capturing an “In-your-face,” FPV view point. That meant mounting cameras on anything you could think of. This was before GoPro was introduced (in 2002). One of the original owners of DJI saw my work and gave me a drone (in 2006). Back then, there was no camera attached to it. A stunt coordinator friend was working on a sci-fi show and was willing to try it out.

We would use velcro and duct tape to mount the camera to the drone. There wasn”T any gimbal so the footage was crap. Lots of jello effect in our shots. The show ended up using 10 seconds anyway. We had some fun with the drone. We put a digital orb on it and fired lasers off it. I will say this: I am impressed with DJI. They continually come out with drones 100 times better than the previous model. It’s so much easier to capture subjects in action with a drone, and safer.

How did you hear about InterDrone?

It was the early days of the drone industry. I was in Orlando filming a jet ski show. It wasn”T even the main InterDrone show. It was a smaller event hosted by the same team called something like the Business Drone Network or Drone Dealer Expo. I remember the DroneDeploy guys were there with a few laptops. I was always looking for the newest technology – the ability to put cameras on cars HD, 4K, to 1-inch. To earn a living, I had to adapt. Working with low-budget productions, they’re always conscientious about the budget. You need to create something that looks like 1 million for $10,000. I thought I would find the latest technology at this event and it turned into so much more.

So you went to InterDrone before it was even called that. You even have a booth on the floor. What keeps you coming back every year?

The very first InterDrone Expo I made it to in Las Vegas was so energetic. Every single thing there was new. The tradeshow encouraged innovation in every vertical of the industry. Drone racers and a small manufacturer out of his garage demoed alongside the big companies. The people who were running it were interacting with the vendors and speakers. Katie, Mike, Ted, and Karl were on the floor and always interacting with attendees.

The second year it became known as a networking event. The founders established that and made genuine connections amongst their attendees. They were always connecting you. Mike is still carrying on that legacy. The group running it have a pulse on the industry.

In the beginning it was racing and tech, then photography. They were on the cutting edge of trends, you always know where the market is headed when you attended the conference. When I go, I know where I need to focus my efforts. First it was racing, then photography, followed by cinematography and real estate, then inspection, and onto education. I now teach at two universities and private instruction and this all came out of InterDrone.

I am an entertainment guy and now I have a way of communicating to the military. InterDrone helps me target trends in the industry and follow them in terms of how I need to maneuver my focus for the year. They launched my career, I got hired because of what I was doing at InterDrone. Since then, I’ve expanded my brand and marketing base through the trade show.

How would you advise people to get the most out of InterDrone?

The seminars are great, but you need to set aside time to walk the trade show floor. It’s being in the trenches, this is a firsthand look at what’s happening now and the next 6 months. You need to understand that if you want to set up your own business, the trade show floor is where you”Ll get a heads up where the tech and industry is going. Set aside time to walk it.

Don”T go into a seminar if you don”T have a solid understanding of the subject matter. Time can be better spent expanding your knowledge on topics you’re already familiar with at some level. Spend a few days at the conference and the relationships you”Ll build will be more solidified, not the single-serving “Friends? you meet once on a plane but don”T really connect with after the fact. Making connections in the real world instead of Facebook is much more beneficial.

What advice would you give for those starting out or looking to grow their drone business?

Truthfully, you can”T teach yourself to fly. You need someone to teach you. Everyone can take a picture with their cell phone/DSLR, this doesn”T mean you’re a photographer. It’s a good idea to learn how to frame a shot and keep your subjects in focus. Forget the tricks, learn how to fly. It’s about precision. The things I teach include flying straight lines back and forth, left and right. A lot of people don”T know how to do it.

With aerial cinematography, you need to master precision. That comes with consistent practice. Flying a drone is a learned skill. I got out every Sunday and fly basic maneuvers. Regular filmmakers get one mission, then put camera on the ground.

You need a reel. People want to see your work. Go for low-hanging fruit. Most in demand are real estate agents. They are looking for photographers and cinematographers. They don”T pay a lot but you are gaining experience and building up your flight hours, plus you’re getting some type of compensation. Events don”T pay a lot either. Make sure you’re following FAA rules and not flying over people. Attending regional jet ski races is a more lucrative move. You can film the action and sell video to the racers. There are a lot of local things going on to help fill your reel.

Local television is another avenue worth exploring. They produce commercials for local advertisers. Their production company will do it for free which means you do the work for free but you’re shooting car commercials people are looking at you. I went to a Lamborghini dealer and filmed the cars for nothing. You can use the footage in your own commercials. I gave the guy who owned the Lamborghini dealership video and he used it. I tell people this all the time. Car dealerships are perfect for drones. They want to show the vastness. They get shown on TV.

On a final note, the more tools you have in the arsenal, for example After Effects or Final Cut Pro, DaVinci, Adobe Premiere Pro, the better. I prefer Adobe because when Apple dropped the ball on updates and improving their software, Adobe stayed consistent. Always be willing to expand. Even though I’ve done so much but I feel like there’s so much more I can do, more courses I can create.

To learn more about Skip’s work or get in touch, visit his official site at Hollywood Drones.