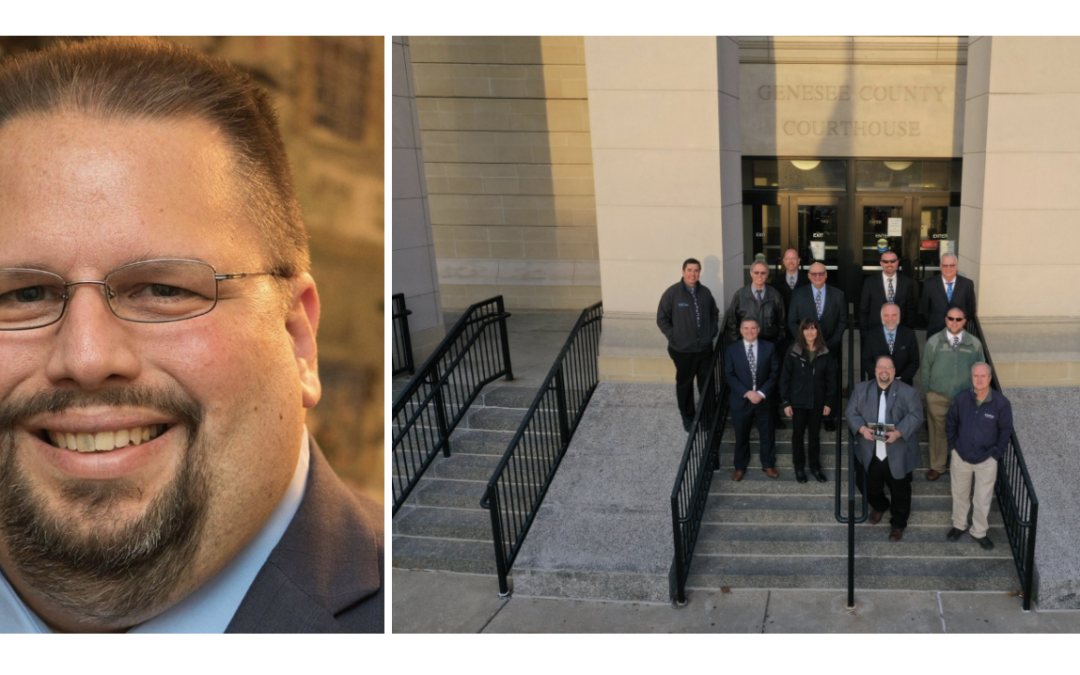 On February 10th, the Honorable Judge Joseph Farah of Flint, Michigan, ruled in favor of the Michigan Coalition of Drone Operators (MCDO) in their case against Genesee County. In December 2018, R. Jason Harrison was arrested, and his gear was confiscated after an officer questioned his legal drone flight in a Genesee County park. Harrison was released from his cuffs and issued a misdemeanor. The ticket was never enforced but that didn’t stop him and a group of drone advocates, including aviation lawyer Dean Greenblatt, from suing the county for their unlawful enforcement of an ordinance.

Amongst those heavily involved alongside Harrison and Greenblatt, who says this is the “the first legal challenge to a preemption statute anywhere in the country,” was Ryan LaTourette. Chances are if you peruse any of the drone-related Facebook Groups, you’ve encountered him. He’s often answering everyone’s questions ? especially those regarding some of the discrepancies of constantly-changing drone policy. His involvement and deep commitment to the industry has paid off.

Recently, Ryan was appointed Director of Regulatory Affairs at Great Lakes Drone Company ? a leader in drone light shows. Before commercial drones came about, he didn’t have any other aviation experience. In this interview, we discuss what the MCDO victory means for drone operations across the country, the emerging drone light show sector, and, of course, Ryan’s advice for those starting out.

1) You just received a huge victory along with the Michigan Coalition of Drone Operators against Genesee County? What inspired you to get involved?

I”M not certain that I can articulate just how elated I am in this legal victory. This was a fight that I had envisioned since 2015 when multiple municipalities in my area began writing up ordinances to ban the use of drones. At that time I had organized fellow drone flyers (and there were very few of us at that point) to attend city council meetings and write letters to Mayors and councilmembers in hopes that we could ward off the passage of such ordinances. When that didn”T fully work, the focus narrowed to the state legislature and placing hopes upon the passage of a bill with preemption language that would surely wipe out the local patchwork of drone ordinances. Still, the communities thumbed their noses even at the state law and none more so than Genesee County. It was my intent to fly in Genesee County to force the issue.

It just so happened that Jason Harrison called me the night before the infamous incident and offered that he would like to fly. My response was that we needed the ticket. We had to force the issue. When Jason called the next day exclaiming he not only got the ticket but had all his equipment and electronics confiscated I felt absolutely miserable that he was put through that. It was just so wrong. Having the decision come in and justify the time and effort in advocating for drones absolutely had me on cloud nine. And at the moment I learned of the victory I let out a little too loud, “YES!!!? in the middle of my quiet office space and got the curious stares of my co-workers. But that was demure compared to just how happy I felt.

2) What do you think the long-lasting effects of this ruling will mean for the industry? Do you see this setting a precedent for other states who are still subjected to local ordinances?

While this is solely Michigan at the moment, I do envision that this ruling will signal to those states which haven”T yet passed such a preemption law that they need to consider doing such. With that comes uniformity that aids the industry. Having to otherwise determine “Can I fly here? or “What will this city’s permit cost? takes time and money away from drone service providers at the expense of end clients. And where Singer v. Newton City concentrated on ensuring that cities couldn”T regulate airspace, the MCDO case covers land use too (launch, land, and operate from).

We”Ll now have a new tool to help ward off local governments from passing their own drone ordinances in the 16 other states that have similar preemption statutes. And, I”D envision a time coming where the FAA recognizes that they do not have the manpower or funding to maintain jurisdiction over low altitude airspace outside of major airports and work an arrangement for the states to take over and cover drones ? similar perhaps to the regulation of vehicles on Interstate highways.

3) You’ve become a respected policy expert in the drone industry. How did this development come about?

I”M always a bit embarrassed and certainly humbled by being called an expert because I do see myself as always learning. And that is my interest ? to always learn and absorb something new that I think is interesting, unique, important, or useful. So I am constantly reading and studying the details. I love finding the loopholes and mistakes and enjoy the challenges they present. And maybe I was always that way. I entered college looking to go into politics and law yet came out with an English degree. While I’ve dabbled a bit (heavily at times even) in politics, I never went on to law school. Somehow, this may be my old interest in law and my love of English merging into a specialty.

4) What inspired you to get involved with drones initially?

Funny story? At the time (2013), our family was gearing up to sell a farm that had been in our family for generations. I shopped around with the idea of getting an aerial photo and was aghast at the prices that helicopter and Cessna outfits were charging. I happened to see that they had just introduced the Phantom 1 that would fit my GoPro camera. I figured that I would buy the drone, take the picture and then sell the “Like new? drone and have a family heirloom aerial shot that didn”T cost a fortune. The funny thing is I never did get a shot of the farm before it was sold and nor did I sell off the drone. I just was enamored by its abilities. And being a big techie (even to the point of having a robotic lawnmower) drones just fit my interests immediately and continue to do so to this day.

5) How did you hear about InterDrone Expo?

My vast network of online drone friends had all attended the first InterDrone conference and raved about it. Their stories of getting up-close looks at the latest drones and meeting of other like-minded drone operators made it clear that I had to make room in my schedule to attend. In doing so I was not disappointed. The classes were highly educational, the networking was beyond outstanding, and finally meeting and putting faces to the many names I”D conversed with online for years made it like a family reunion. And this year it is exciting to hear that the conference will be held in Dallas. It is certain to see the array of new hardware, friendly faces, and be filled with great information.

6) What inspired you to speak at the last conference?

I was absolutely thrilled to be asked to be a part of the panel on FAA ramp checks and to give insight on the MCDO v. Genesee County case. I recognized that InterDrone would have a myriad of drone professionals interested in learning and sharing, and was glad to be a part of it all. Moreover, I knew the talk would be a great challenge for me. The area of ramp checks was one legal area that I had wanted to dive further into to discover all the nuances of. Having to speak on the topic meant research, study, and preparation that would further my learning interests. And I must share that the 2019 InterDrone saw a very noticeable uptick in interest about FAA regulations and policies. I was in good company!

7) You were recently appointed Director of Regulatory Affairs for Great Lakes Drone Company. What do you anticipate for the drone light show sector in the coming years?

For one, let me offer up that I”M very excited to be working with GLDC and Starlight Aerial Productions and can suggest that I”M genuinely amazed at the team that Matt Quinn has assembled. I know that there is an incredible future in this sector of the industry. Where drone light shows have always been seen as entertainment I think what you will find in the days, months, and years ahead is that this cutting edge technology can do more. Where generally fireworks are considered to be entertainment, we find a growing interest in light shows replacing fireworks as environmentally friendly alternatives with far less risk.

Light displays choreographed to music or operated in tandem with other light displays can make things even more entertaining but also more productive. We’re certain to see drone swarms grow in size with more drones in the sky to allow for differing solutions such as advertising, scientific studies, or unique search and rescue possibilities. And where innovation needs regulatory follow up I”M going to do my best to see to it that all processes line up with FAA or other government regulations.

8) What advice do you have for anyone starting out in the drone industry?

Be an ambassador and chase your passion. When you hear it suggested that the drone industry is no longer new, well, know otherwise. The dust hasn”T settled and it isn”T going to for some time. As a result, we have a general public that is nervous about our intentions. We have an aviation industry that is definitely not new that hasn”T fully come around to trust us. We don”T have giant lobbying firms smoothing out launch pads for us in every capitol rotunda or city hall boardroom. We only have ourselves and maybe a visual observer watching our hi-vis vest adorned backs.

So each and every one of us is an ambassador for drones and their usage. That means getting to know the rules intimately and practicing them. That means being positive in engagements with the annoyed neighbor or uninformed security guard. It means taking extra time to help develop people’s appreciation for drones in your home towns and the communities in which you work. As an ambassador, it is up to you to defuse, educate, desensitize, and reframe mindsets about the use of drones. Then, in both being an ambassador and doing the work you’ve chosen in this industry, do it with gusto. Put your heart into it and the deliverables with shine with it.