Intel puts on a light show with the Shooting Star drone 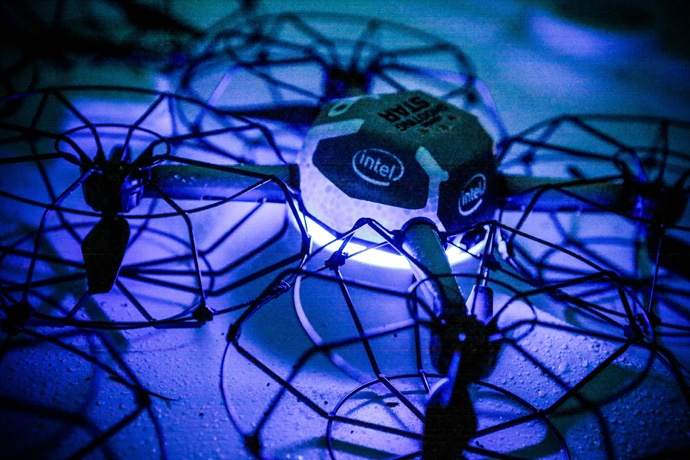 Intel is unveiling a new drone that allows you to create new entertainment experiences in the night sky. The company announced the Intel Shooting Star drone, a lightweight unmanned system designed for entertainment light shows.

“This means we can now create beautifully choreographed images in the nighttime sky quickly and easily in the U.S.,” wrote Anil Nanduri, vice president in the new technology group at Intel, in a blog post.

Intel recently displayed its Shooting Star drone in a light show in Germany. The company set a new Guinness World Record for having the most drones (500) airborne simultaneously for a light show.

The drone weighs 280 pounds and has built-in LED lights with the ability to create more than 4 billion color combinations. “Intel’s proprietary algorithms can automate the animation creation process by using an image and quickly calculating the number of drones needed, determining where drones should be placed and formulating the fastest path to create the image in the sky,” according to the drone’s fact sheet. In addition, Intel’s light show software is designed to perform fleet checks before flights to ensure drones have enough battery life and GPS reception.

Multiple Shooting Star drones can be controlled simultaneously by one computer. “As we build new capabilities and enable products and solutions in the drone space, we will continue to demonstrate how far and how fast this exciting technology can advance,” Nanduri wrote.