As the dust settles a bit from the passage of the FAA Reauthorization Act of 2018 earlier this month, and the commercial drone industry begins to digest its impact, InterDrone checked in with some leading voices in the space to get their takes. Below are their insights on the act itself as well as expectations for future growth. 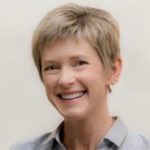 The FAA Reauthorization Act of 2018 was a powerful step forward that will foster innovation and allow for the kinds of advanced drone operations that our industry is demanding. We were pleased to see that many of the requests I made in a recent testimony for the House Aviation Subcommittee were reflected in the bill, including the repeal of the Special Rule for Model Aircraft, requirements for remote ID and tracking, and stronger collaboration with industry on UTM. All of these key changes will drive the safe and efficient growth of commercial UAS operations. It also shows the FAA is committed to continuing public/private partnerships, listening to industry feedback, and bringing together all stakeholders for continued innovation in the integration of the airspace. Earl Lawrence, Director of the UAS Integration office at the FAA, recently said that safety and innovation are not mutually exclusive, the reauthorization bill is a great example of that. Skyward is helping our customers fly more ways in more places with UTM services like LAANC, Beyond Visual Line of Site, and LTE connectivity research that will accelerate thanks to the FAA’s work to open the sky for commercial drones.

The bill being signed into law was a significant step toward opening up the commercial drone, UAM, and counter drone markets. It provides pathways to market growth with issues like a risk-based approach to determine if certain UAS may operate safely in the national airspace prior to the completion of certain rulemakings, such as, if operations do not create a hazard to users of the national airspace system or the public; updating regulations to allow/certify carriage of property within one year; establishing a pilot program to utilize available remote identification technologies for purposes of safety and enforcement of UAS operators not in compliance with applicable federal laws and regulations (this should help decrease commercial operations by non-Part 107 compliers, if enforced), and a mandated plan for developing UTM services, to name a few. While it will still take a significant amount of time to implement many of the initiatives outlined in the bill, at least we have a roadmap where we used to have road blocks. Challenges still lie ahead, but at least the rulemaking portions of our government seem to be attempting to play from the same sheet of music regarding autonomous flying robots and how they will inevitably be integrated into the connected, autonomous transportation and logistics ecosystem.

AirMap commends Congress and the White House for signing the five-year FAA Reauthorization Act of 2018, which we believe will accelerate the growth of the drone economy in the United States. Specifically, the Act includes language that calls on FAA to develop a comprehensive unmanned aircraft systems traffic management (UTM) system, a step we believe is critical for the safe integration of drones into the National Airspace. As a participant in six out of the ten DOT Integration Pilot Program awards, we were pleased to see Congress? recognition of the important questions to be solved in the IPP. Furthermore, the Act requires the FAA to develop a strategy to ensure timely implementation of and avoid duplication between UAS programs including LAANC, the IPP, and the UTM Pilot Program. Taken together, these provisions in the Reauthorization will ensure that industry can continue to collaborate with the various levels of government to develop technology solutions to harness the opportunity presented by drones.