Google’s Wing May Be Granted the First-Ever Drone Airline License in the U.S. 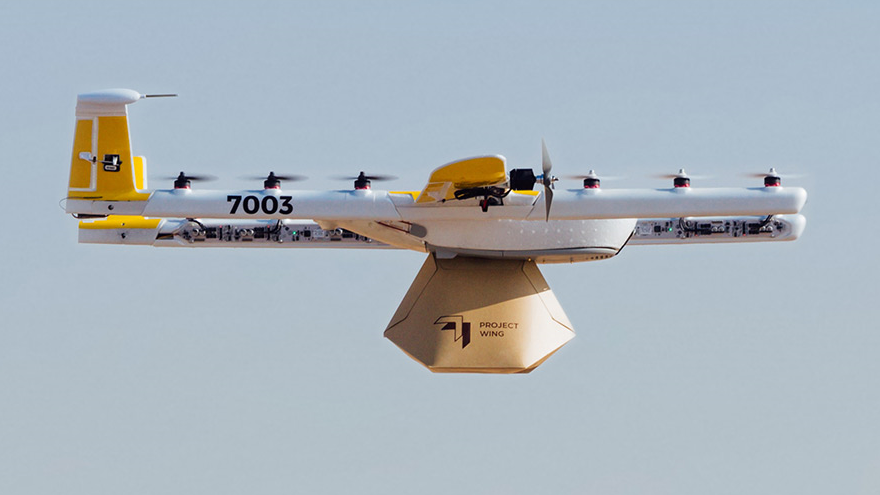 While UPS has been busy delivering medical samples in North Carolina, the Federal Aviation Administration (FAA) is awarding another company with a first-of-its-kind commercial license. “In the next month we expect to announce we will have our first”Air carrier certificate for operating a drone airline,” said FAA Office of Unmanned Aircraft System Integration Executive Director Jay Merkle at a conference in Singapore.

No formal announcement has been made regarding the partner. However, the only air carrier certificate application listed on the U.S. government website for a drone carrier is Wing Aviation, LLC. Documents supporting the application with the FAA propose conducting package deliveries with the help of small, fixed-wing drones in rural areas of the United States.

Wing, owned by Alphabet, the parent company of Google, launched its “Moonshoot? project inside X (formerly known as Google X) in 2014. FAA’s acting administrator, Dan Elwell, claims successful trials have already been conducted in Virginia including delivery of ice cream to a 5-year-old boy in his backyard.

After operating under trial for the past 18 months, and completing over 3,000 missions without incident, Wing received permission to launch its public drone delivery service in Canberra, Australia, this past Tuesday. The Australian government’s Civil Aviation Safety Authority (CASA) granted the regulatory approval necessary for operations that will cover roughly 100 eligible homes in the bordering suburban areas of Palmerston, Crace, and Franklin. Participating residents will be briefed on safety procedures.

The license granted by CASA comes with its own set of regulations. Wing cannot operate its drones before 7:00 am and after 8:00 pm between Monday and Saturday, and 8:00 am and 8:00 pm on Sundays plus public holidays. Drones can be flown over homes but not major roads in the area. One critical break: Wing’s pilots are permitted to fly closer to people versus standard drone operations.

Wing estimates that, at scale, drone delivery could add thirty to forty million dollars in additional annual revenue for ACT businesses. The company expects to expand its drone delivery service by launching a trial service in Helsinki, Finland, this Spring.