From Minimal to Catastrophic, How Much Damage Can a Drone Do to an Airplane 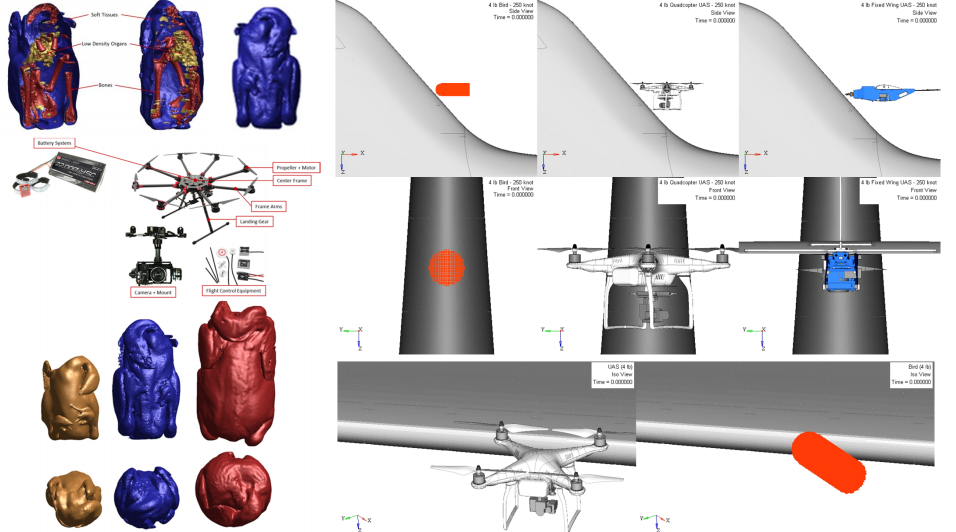 The FAA’s Center of Excellence for UAS Research, ASSURE, released a report evaluating the severity of UAS collisions with manned aircraft. ASSURE, which is managed by Mississippi State University, conducted simulated tests of more than 140 collision scenarios and determined that drone collisions cause greater structural damage than bird strikes at the same mass and impact velocity.

The report advised that manufacturers adopt geofencing, and sense and avoid technology to reduce the likelihood of potential impacts with aircraft. The Drone Manufactures Alliance has issued statements supporting the results of the study and adding that they look forward to the continued development of safety technology in line with the FAA’s advisement.

Lighter drones produced less damage, but the stiffness and the distribution of parts (aligned masses) were the largest contributors to the amount of damage each collision accrued. The report noted that UAVs designed with energy-absorbing components could reduce the damage to aircraft. In the future, more testing will be conducted for drones with masses lower than 2.6lbs and partnerships with key aircraft engine manufactures will improve models for engine ingestion.