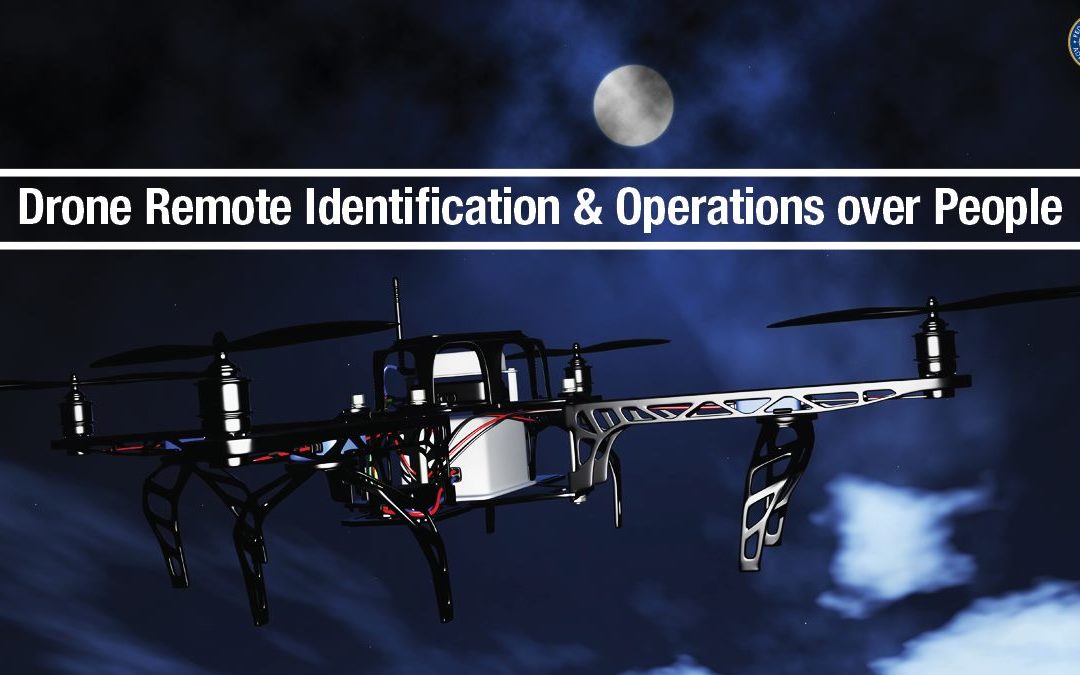 This past Monday, almost a year after announcing the Notice of Proposed Rulemaking (NPRM) for the Remote Identification (Remote ID) of Unmanned Aircraft, the Federal Aviation Administration (FAA) has released its final verdict. Simply put, Remote ID is the concept that a drone should have a “digital license plate.” Over 53,000 comments were submitted by the public on legislation many felt was burdensome and overreaching. Did feedback from industry stakeholders and individuals have any impact?

The 470-page document that finalizes Remote ID will take time to fully unpack. On the upside, the requirement for a network-based (Internet) connection or use of third-party UAS Service Suppliers was eliminated. This would have made it costly and inconvenient to operate a drone. Remote ID will become mandatory 30 months after being filed with the Federal Register (expected January 2021). Here are three ways remote pilots can comply with the new rules when they take effect:

Remote ID rules will apply to both Part 107-certified commercial remote pilots and hobbyists flying drones that require registration. The FAA classifies these as weighing above 0.55 lbs. (250 grams) or below 55 lbs. For example, a Mavic Mini or Mini 2 without props or a cage that add additional weight would be exempt from Remote ID. Homemade aircraft are also exempt but would be constricted to FRIAs. Dawn Zoldi’s post breaks down other exemptions.

Drones equipped with Remote ID will be connected via a Bluetooth or WiFi signal. Information on the pilot’s location from a command center, as well as the aircraft’s latitude, longitude, geometric altitude, and velocity can be accessed by anyone within range and in possession of a device capable of receiving the broadcast signal. The FAA can view more detailed information, including the session ID and drone’s serial number, that can be also be passed on to local authorities upon request.

These new regulations will impact manufacturers as well. They have 18 months (Summer 2022) to stop producing unmanned aerial vehicles that aren’t compliant with Remote ID requirements. Remote ID cannot be disabled. New manufacturing guidelines will require that a drone self-test before taking off. Does this mean current models will need to be replaced? DJI, and manufacturers in its class, will likely provide firmware updates to make older models compliant. For more in-depth info, check out this discussion between Ken Dono and Ryan LaTourette.

The second ruling the FAA released on Monday was for Operations over People and at Night. Applying strictly to Part 107 operators, the ability to conduct flights over people and moving vehicles will largely depend on the risk a small drone imposes to bystanders. This ruling will do away with the requirement to obtain separate waivers for these operations.

Eligibility is divided into four categories, outlined in the FAA’s Executive Summary. Small drones “must not cause injury to a human being that is equivalent to or greater than the severity of injury caused by a transfer of 11 (or 25) foot-pounds of kinetic energy upon impact from a rigid object, does not contain any exposed rotating parts that could lacerate human skin upon impact with a human being, and does not contain any safety defects.” Drones operating over people must weigh less than 250 grams (0.55 lbs.).

Drones operating at night must be equipped with operational anti-collision lights that are visible for 3 statute miles. Remote pilots will also be required to complete an initial Part 107 knowledge exam or a recurrent test that includes segments of questions on nighttime operations. The requirement to renew certification every 24 months will be eliminated. Instead, recurrent online training will be offered free of charge.

These two new rulings come at a time when the drone industry is surging. Currently, there are over 1.7 million registered drones and 203,000+ certified remote pilots in the U.S. alone. The FAA seems to have missed some pertinent facts. One in particular, as pointed out by Zoldi: “The rule was conspicuously quiet on what spectrum RID would use and didn’t even commit to a single frequency solution. Veterans of the ADS-B frequency wars of the 20th century will remember that spectrum was the big question for ADS-B, yet it doesn’t rate a mention in these 21st century rules.” What if manned aircraft operators want to use Remote ID signals to avoid collision with unmanned aircraft?

Thankfully there’s time to sort through the details and many more will emerge in the coming months.