FAA Grants Almost 2,000 Waivers to Operate Beyond the Scope of Part 107 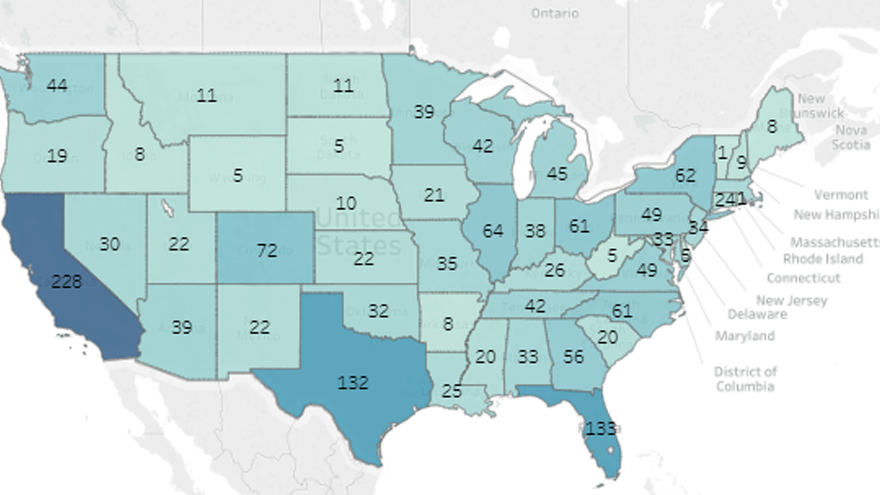 This week, the Association for Unmanned Vehicle Systems International (AUVSI), released an analysis of waivers granted by the FAA since the inception of Part 107 to Title 14 of the Code of Federal Regulations, also known as the “Small UAS Rule,” on Aug. 28, 2016. They found that nearly 2,000 waivers (1,960, to be exact), were completed and included expanded types of operations from beyond visual line of sight (BVLOS), to nighttime flight and flights over people.

As of Aug. 15, 2018, operators in all 50 states and Puerto Rico have used waivers for expanded operations. The operators who received the most waivers reside in California, followed by Florida, Texas, Colorado and Illinois, according to an AUVSI press release.

“The continuing high demand for Part 107 waivers demonstrates that operators are more eager than ever to harness the great potential of unmanned aviation technology,” said AUVSI President and CEO Brian Wynne. “In order for the industry to reach its full potential, we need to move beyond granting permission on a case-by-case basis, as we do today, and instead implement a regulatory framework that establishes rules for expanded operations. Until we do that, progress towards the goal of integrating UAS into the nation’s airspace will continue to stall.”

Nighttime operations took the lead with 1,800 granted waivers. Others included:

According to the press release, of the over 1,800 unique operators who were granted waivers, almost 60 percent (1,069 operators) were associated with service-based companies. They operate in a range of markets including professional inspection and photography, surveying, construction, and utilities.

Of the waivers granted to companies, over 90 percent went to small businesses with annual revenues of less than $1 million, AUVSI reported.

While these waivers signify a recognition by the FAA for continued flexibility to integrate drones into the National Airspace (NAS) as well as foster innovation in a rapidly-changing industry, the commercial drone space waits for a Notice of Proposed Rulemaking (NPRM) for remote identification, which isn’t expected any time soon and is considered integral to advancing the commercial use of drones in addition to BVLOS operations.

“…Once remote ID and an expanded regulatory framework are in place, there is no doubt that this technology will positively impact businesses across a number of sectors,” Wynne said.