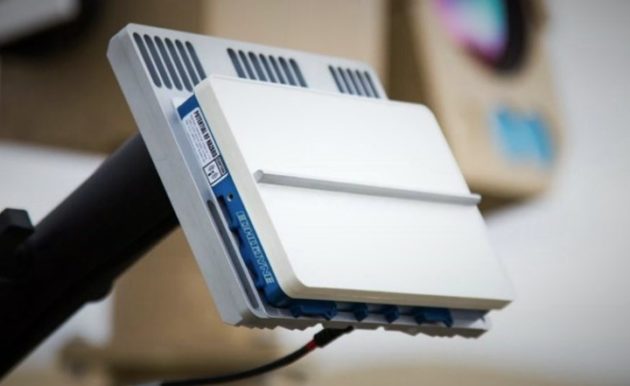 Washington-based Echodyne, manufacturer of radars for government and commercial markets, including perimeter security and drones, is seeking expedited approval from the Federal Communications Commission to use its drone-detecting radar technology in an experiment at the NFL’s Super Bowl this coming Sunday in Atlanta.

The operation would include two experimental radars set up in the “immediate vicinity” of Mercedes-Benz Stadium during the game against the New England Patriots and Los Angeles Rams, as well as guidance and direction from the FBI. Security personnel and federal officers would be alerted if any unidentified drones are detected in the established no-fly zone.

“This operation is intended to evaluate the performance of the radar alongside other sensors in a real-world environment,” according to the filing. However, approval has been delayed due to the federal government shutdown, and documents show the startup, backed by Microsoft’s Bill Gates, first filed an emergency request with the FCC on January 18, “Given the importance of this demonstration to protect the safety of life and property.”

Another source of urgency is from Echodyne’s partner testing schedule. While they have not identified its partner, Echodyne responded to a GeekWire inquiry, saying:

“We have invented a novel way to build high-performance radars which are ideally suited for these types of applications and are pleased to be supplying these to law enforcement and security providers.”

This story comes on the heels of recent flight disruptions due to drone sightings at New Jersey’s Newark Liberty International Airport and London’s Gatwick and Heathrow Airports. This past weekend, a Russian tourist was also reportedly arrested for flying a drone around Israel’s Tel Aviv-based Ben Gurion Airport.

In the United States, drones are prohibited in the vicinity of airports, and the FAA is putting special restrictions on airplane and drone flights near Mercedes-Benz Stadium starting on Thursday. Pilots and drone operators who violate the rules during the Super Bowl’s prime time could face civil penalties in excess of $20,000, plus potential criminal prosecution, GeekWire reported.