Drones are one step closer to airspace integration 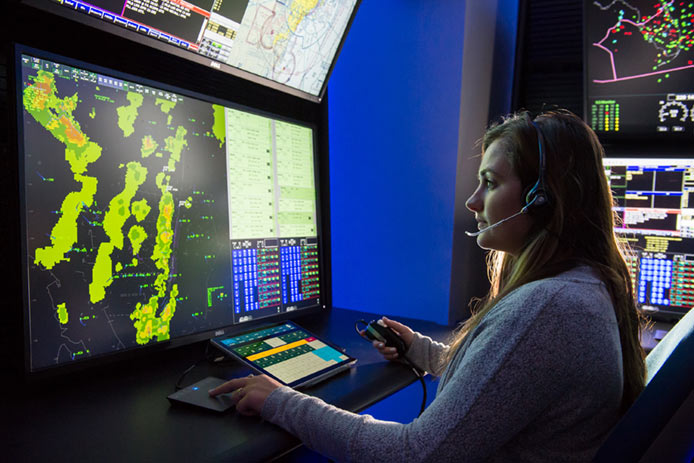 One of the biggest challenges for the Federal Aviation Administration (FAA), is figuring out how to safely integrate drones into the National Airspace System. With Remote ID still on hold after numerous delays, companies are developing alternate solutions. At a demo, a few weeks ago, taking place at the annual Air Traffic Control Association conference, attendees were able to see how Raytheon Company, an international defense and cybersecurity company, has incorporated AirMap’s unmanned aerial systems (UAS) monitoring capabilities into their air traffic controller workstation.

“When drones fly in controlled airspace, they’re sharing the skies with many other types of aircraft,” said Matt Gilligan, vice president of Raytheon Intelligence, Information and Services. “Air traffic controllers need real-time airspace awareness and alerts to unusual drone activity; it’s a key step on the path toward safe drone integration into the national airspace system.”

The working proof-of-concept presented by Raytheon and AirMap, recently, is a huge step towards helping integrate commercial drones into National Airspace at scale. Allowing BVLOS (beyond-visual-line-of-sight) flights is something the FAA wants to approve but they’re still not ready. Airspace monitoring may be the much-needed solution. A system like MARS, which can be uniquely tailored to complement an airport’s existing system, looks promising.

“Each airport has unique airspace configurations and runway layouts; they could be crossing or parallel or they could have a single approach and depart path because of mountain ranges,” said Meghan Smart, Raytheon MARS strategist. “At airports, it’s not one-size-fits-all, and since MARS is display agnostic, site adaptable and has a common architecture, it’s capable of using whatever systems are already in place.”

AirMap’s technology notifies the MARS user of a drone exhibiting unusual flight behavior within the controlled airspace surrounding an airport. “Air traffic controllers, as well as UAS operators and manned aircraft pilots, need situational awareness,” said Ben Marcus, Chairman and Co-founder of AirMap. “With Raytheon, we’re working to optimize how controllers can be armed with information about UAS without burdensome increases in workload.”

We”Ll be watching to see how MARS continues to develop into a viable solution for air traffic controllers.