Dronecode Adds Microsoft to Its Ranks and PX4 Community Expands 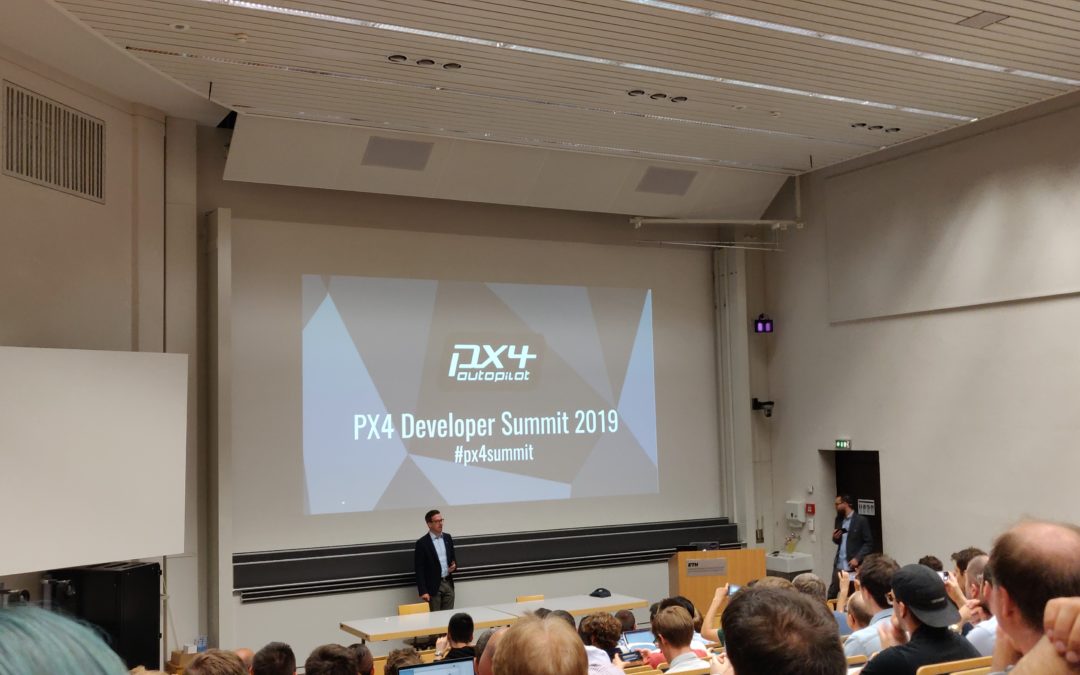 Next, Lorenz addressed the almost 200 developers in attendance on the status of the PX4 ecosystem. This year PX4 saw it’s 1.9 release, responding to industry trends particularly in the growing commercial and industrial user segments.

“The people in the developer community are technical geniuses, but they are also Influencers,” Lorenz said. Pointing to the fact that the standards and code they set become the platform for others to build from.

Lorenz stated that quality assurance has become increasingly important as the drone industry grows, and both clients and regulators require a level of guaranteed reliability. Contributions to the code base will have to go through both simulation and real-world testing before being approved going forward.

Dronecode has been working with the FAA to get PX4 enabled drones type certified. This could mean operators would not need a waiver when flying PX4 for hardware for operations like night flying or flights over people.

The other big news to come out of the summit is that PX4 is moving from Pixhawk to the more universal ROS 2 stack. This will enable the integration of a companion computer using industry-standard middleware. This increasingly important as vision-based navigation and obstacle avoidance are becoming commonplace requirements by both enterprise clients.