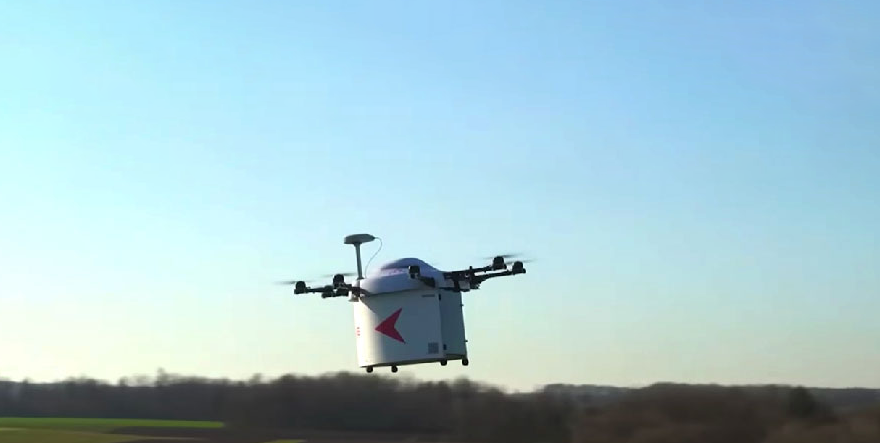 Drone Delivery Canada (DDC) has announced it will be launching a center for commercial operations in Vaughan, Ontario Canada. DDC expects to be launching commercial delivery flights in 2019.

Twenty-five drone operators will call the facility home as DDC begins scaling operations up to commercial capacity to be ready by Q3 of this year.

A week prior to this announcement, DDC released news that they received approval from Transport Canada to test its Falcon drone, which is capable of delivering payloads of 50 LBS.

DDC is looking to take the Falcon in a different direction than the multi-rotor single package drones that Amazon has proposed. “in response to market demand driven by the burgeoning e-commerce industry, our engineering team was given the task of building out our fleet of cargo drones to address the need for a multi-package payload compartment solution which is applicable in many different geographies. The Falcon is the newest edition to DDC’s fleet and meets this particular niche which is being requested by DDC’s customers,” commented Tony Di Benedetto, CEO of DDC.

In addition to acting as a central base of operations, the facility will house the development and testing of DDC’s Condor, a drone expected to deliver payloads of 400 lbs.

“We are fully engaged in commencing commercial operations and require a robust operations center to house ‘mission control’ to oversee the flight of our autonomous drone fleet. For context, our operations center will be very similar to that of a commercial airline with our software integrating into active air space,” Di Benedetto, said.