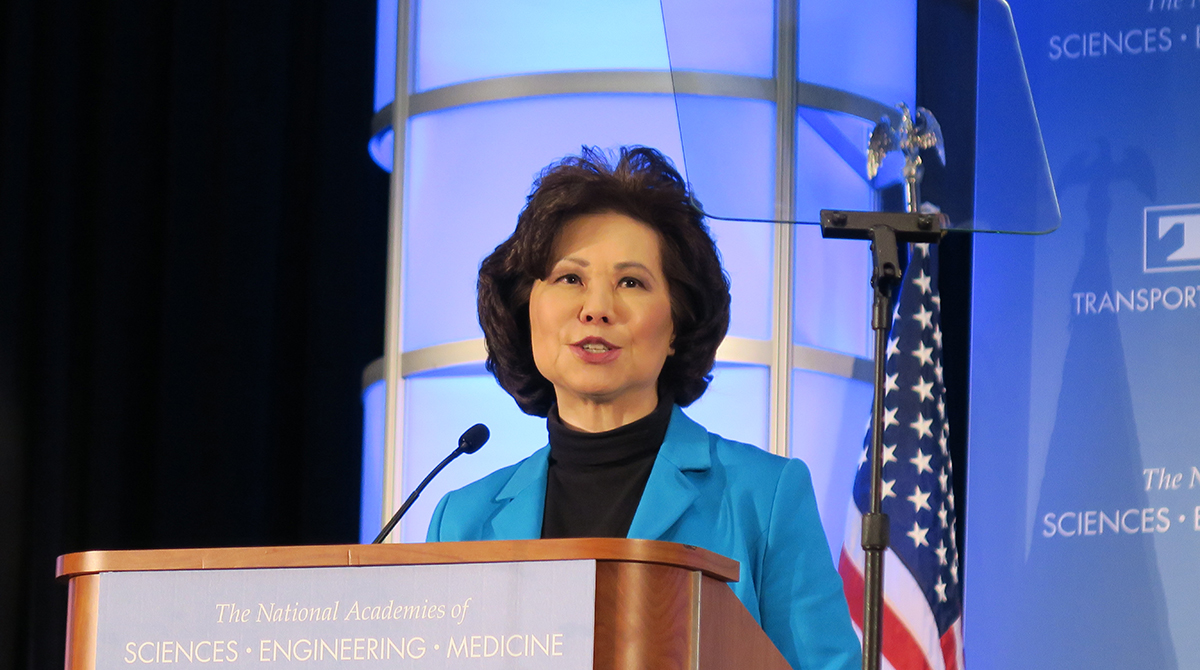 The first proposal would allow drones to operate at night and over people without a waiver under certain conditions such as the operator having proper training, completion of approved testing and having a drone equipped with anti-collision lighting.

The new proposal will be published in the Federal Register soon and will open for NPRM (Notice of Proposed Rulemaking). The comment period is for 60 days once posted. The draft proposal can be found here.

The second proposal Chao announced are plans to publish an Advance Notice of Proposed Rulemaking that specifically aims at drone safety and security issues. The floor will be open to recommendations on issues that may pose threats to people, aircraft or national security.

“Your feedback is very welcome,” Chao said, “Let us note that the Department is keenly aware that there are legitimate public concerns about drones, concerning safety, security, and privacy…Recent events overseas have underscored concerns about the potential for drones to disrupt aviation and the national airspace. So along with this new proposed rule, the Department is finishing up two other proposals to address drone safety and national security.”

The draft document for this proposal can be reviewed here and will be open for a 60-day comment period once published.

The final piece to Chao’s announcements was three new contracts awarded for the pilot project to entities powering Unmanned Traffic Management (UTM) research. After careful review, the Nevada UAS Test Site Smart Silver State, the Northern Plains Unmanned Aircraft Systems Test Site, and the Virginia Tech Mid-Atlantic Aviation Partnership were selected. They will be tasked with demonstrating and developing ways to safely integrate drones into the national airspace while creating a shared information network that can be used for future rulemakings.

“Taken together, these three initiatives will be a major step forward in enabling the safe development and testing of drones in this country,” Chao said.