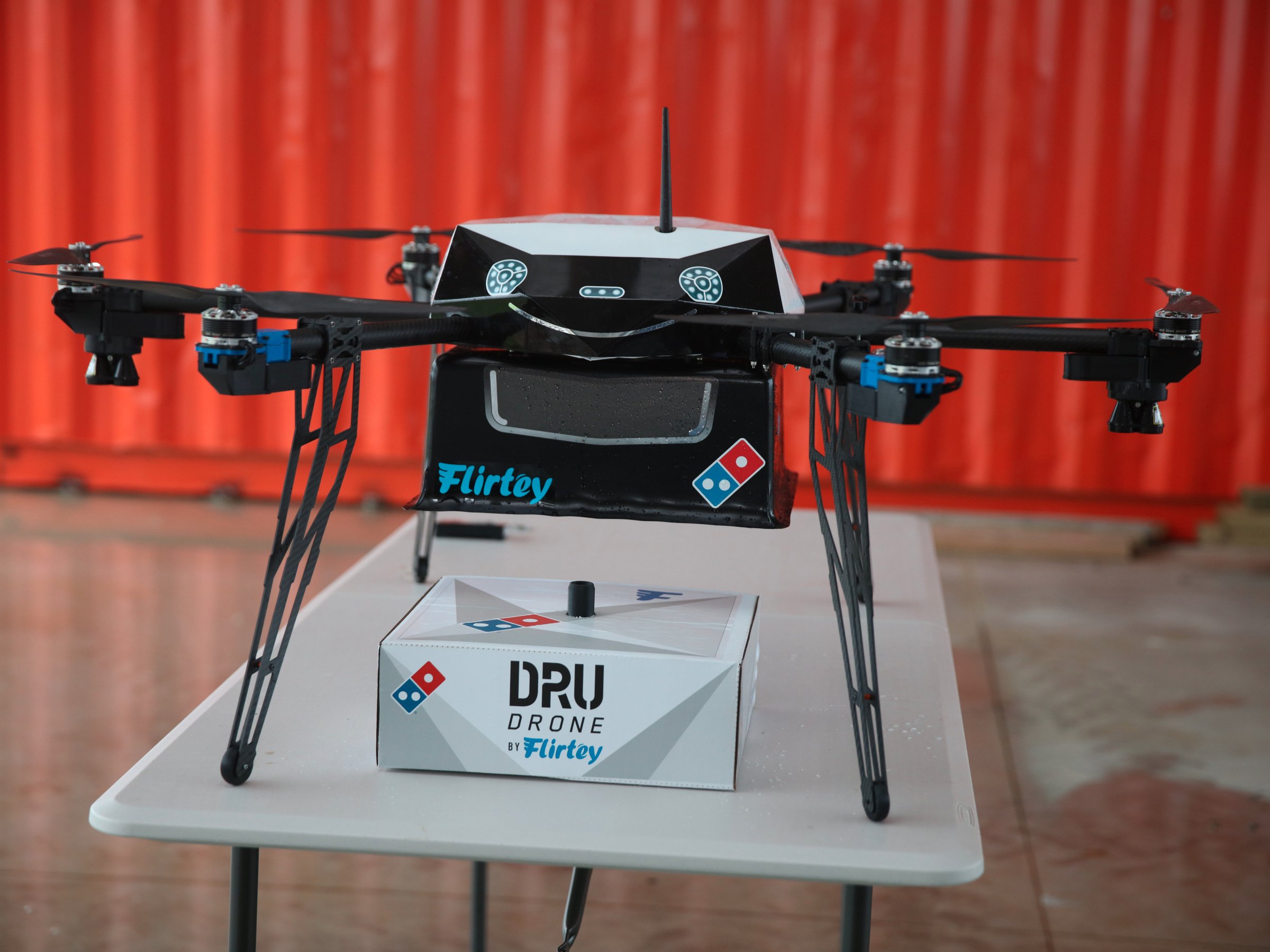 “Partnering with Flirtey to revolutionize the delivery experience is an achievement that will set our company apart in the minds of customers and change the way delivery is conducted around the world,” said Don Meij group CEO and managing director of Domino’s Pizza Enterprises. “Domino’s customers can expect the freshest and fastest pizza delivery service at the same quality they have come to expect from us thanks to Flirtey’s industry-leading technology.”

In addition to the drone delivery service, the new system also uses new technology designed to retain the temperature and taste of the pizza.

“Launching the first commercial drone delivery service in the world is a landmark achievement for Flirtey and Domino’s; soon you will be able to order a Flirtey to deliver your pizza on-demand,” said Matt Sweeny, CEO of Flirtey. “New Zealand has the most forward-thinking aviation regulations in the world, and with the new U.S. drone regulations taking effect on Aug. 29, Flirtey is uniquely positioned to bring the same revolutionary Flirtey drone delivery service to partners within the United States.”

This isn”T Flirtey’s first entry into the drone delivery space. The company has already conducted flights in the U.S. and most recently announced a partnership with 7-Eleven to deliver Slurpees and other 7-Eleven goods.