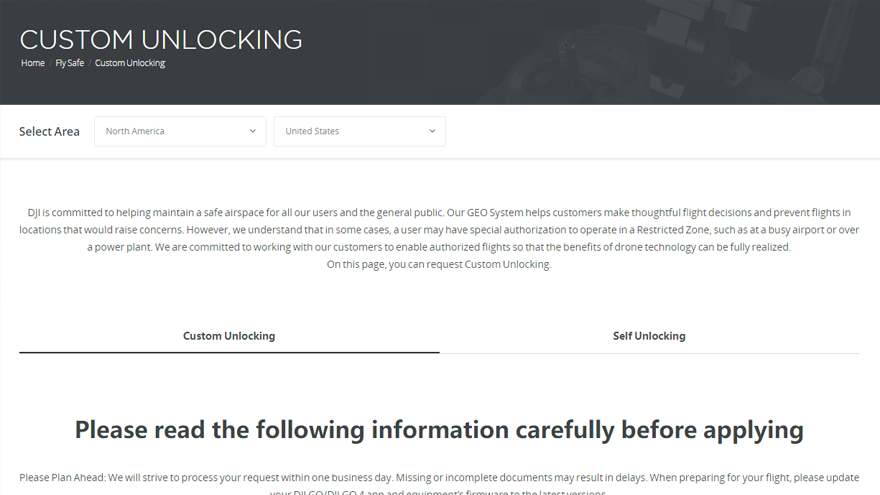 This week, DJI announced improvements to its geofencing system. Professional pilots with authorization can use an application process to receive unlocking codes within 30 minutes.

The last year has seen many improvements to the FAA’s automated flight authorization platform, LAANC, but once an operator has permission to fly from the regulator, they still can be blocked from flying near sensitive locations by the drone’s embedded geofencing system. DJI’s new application system will remove that final roadblock in the chain for its users.

“DJI now processes most requests within 30 minutes, though requests involving unusual circumstances or requiring additional documentation may need additional time,” said Michael Perry, Managing Director of North America at DJI. “By making it easier for authorized pilots to put drones to work in sensitive areas, DJI is once again showing why professional drone operators choose our aerial platforms for the most important tasks.”

Operators can apply through a simple web portal on DJI’s website, where they will have to provide information about their aircraft, controller, and authorization documents supplied by the controlling authorities in the area they will be flying. Fleet managers will also be able to apply for the unlocking of multiple drones at once.

It was not clear what was meant by controlling authorities, but conflicting jurisdictions and the needs of Federal, State, Municipal, and Tribal governments may or may not be resolved during the LAANC authorization process.

Vice President of Policy & Legal Affair at DJI, Brendan Schulman, sees this as the logical evolution of DJI’s geofencing technology. “DJI first implemented geofencing in 2013, and it is now established as an important tool to help our customers make thoughtful flight decisions, while also addressing legitimate concerns about safety and security by helping prevent unauthorized flights in the most sensitive locations,” he said.