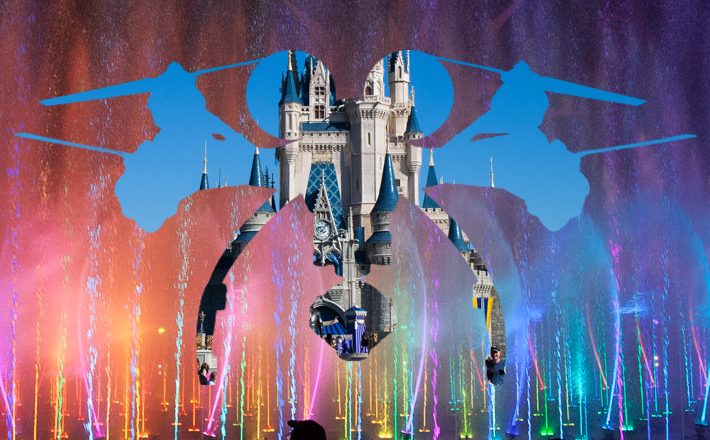 Disney filed a patent for a UAV based projection system, which it intends to use in its extravagant light shows held nightly at its theme parks.

The patent features multiple variations of a drone, projector, and reflector combination with the key feature being the reflector is made out of mesh and acts as a rear projection surface. The mesh protects the projection from wind disturbance which would create visual distortions on the final image.

Disney’s main use for the final device would be for 3D projection mapping, where 2D images are mapped to structures, and other light shows common in its parks. The use of the drone allows them to develop new displays without having to install light fixtures on the grounds.

Beyond entertainment, the system,”Opens new frontiers for aerial advertising capabilities and for other applications such as rapid dissemination of emergency information,” the patent adds.

This is not the first Disney drone patent. As early as August of 2014, they had filed a patent to utilize drones in the the movement of giant puppet like characters. In November of 2015 they filed for the an FAA exemption relating to the usage of drones in its pars for theatrical displays that has yet to be granted.