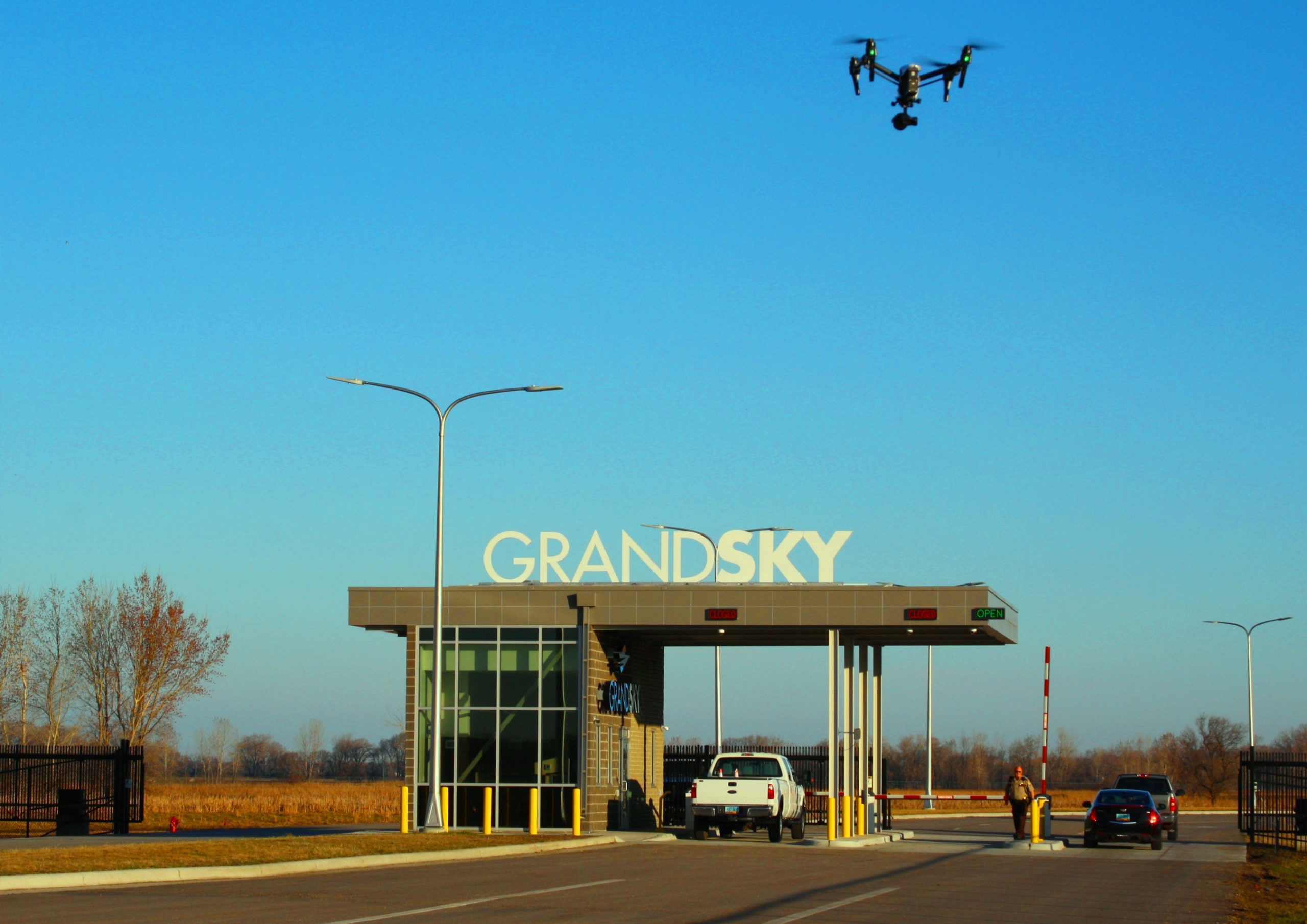 North Dakota had received its waiver from the FAA for BVLOS flights two years ago under the condition that all UAVs be monitored by a chase plane. The safety wheels are now off and BVLOS flights can now be conducted within 30-nm at the Grand Sky park. This opens up a new path for companies seeking to do commercial testing for long-range missions. Harris’ ADS-B sensors are being paired with the Air Force’s DASR-11 radar to create what is being dubbed as an electronic observer.

“This authorization continues to build North Dakota’s competitive edge when it comes to UAS development, testing and research,” said Sen. Hoeven. “In 2016, the Northern Plains Test Site became the first place in the nation with authorization to fly large UAS beyond line of sight by relying on a ground-based system to ensure flight safety. The test site has now demonstrated that this system is safe enough to eliminate the need for a manned plane to observe the UAS flight.”

This has been a pivotal year for BVLOS with the publishing of the research from the FAA’s Pathfinder Project and the rollout of the UAS Integration Pilot Program. BVLOS is the last mile for many of the most promising uses for drones including pipeline and infrastructure inspection, automated UAV delivery systems, and Urban Air Mobility.