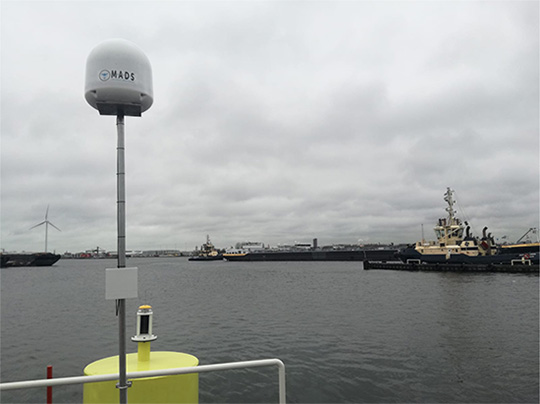 The Port of Amsterdam is trialing Martek Marine Anti Drone Systems (M.A.D.S) to track UAVs in the port’s airspace.

The trial will collect data to determine the volume and behavior of drones in and around the port. Both the port authority and its clients, which include shipping companies, have identified possible applications for drones. The inspection of assets and port infrastructure, and environmental surveys have made the list of potential arenas drone tech can be applied.

“This trial is an important part of our innovation strategy. The M.A.D.S system gives us a first opportunity to get a feeling for the technology that will help us understand drone usage and make a first assessment on unwanted drone flights in a part of our port,” said Joost Zuidema, project manager, innovation, for the port.

The M.A.D.S. system will monitor low-altitude air traffic in the port and is expected to be able to sort legal from illegal aircraft within a 5km range. The system reports both position and trajectory of the drone and the location of the pilot.

Just recently in August, Martek announced Erik van Wilsum as Head of Counter-Drone Technology. In the position, van Wilsum is in charge of establishing M.A.D.S. as the go to drone detection technology in the maritime sector.

“My aim is to demonstrate M.A.D.S capabilities as the market leading counter drone technology for the superyacht, maritime and port industries,” van Wilsum said.