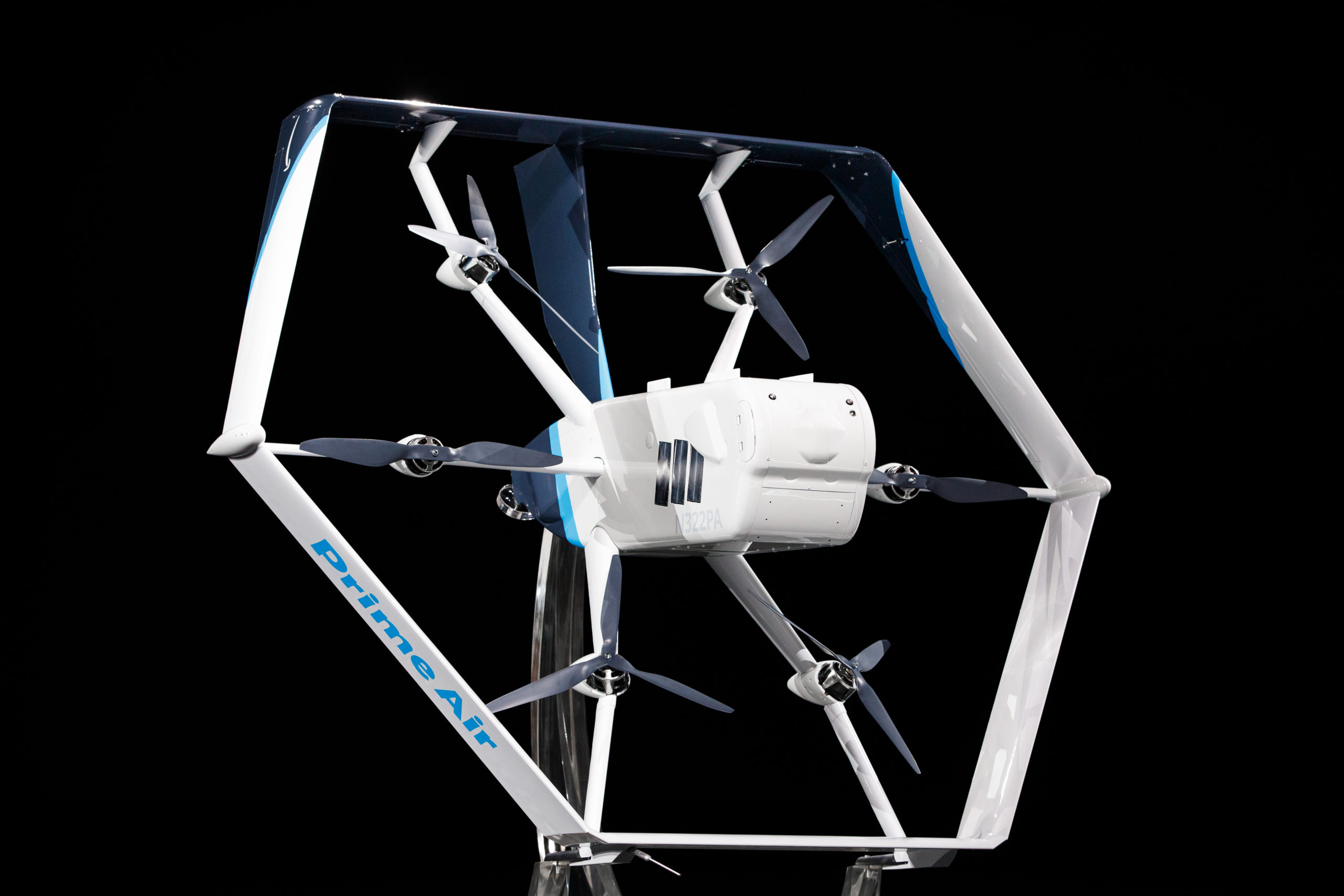 At the end of April, Google’s Wing Aviation received the first-ever FAA approval for commercial delivery via drone. It was expected that Uber or Amazon would be the premier company to obtain an Air Carrier Certificate from the Federal Aviation Administration (FAA). While neither one is first, they won”T be outdone. Amazon recently revealed the latest version of its Prime Air delivery drone at its re:MARS Conference (Machine Learning, Automation, Robotics and Space) in Las Vegas.

Earlier this year, Amazon announced that it was upgrading its two-day Prime delivery to a single-day program. The question remained: how could they get certain items to customers in a matter of hours, even under an hour? Their solution was clear: focus on continually pioneering autonomous drone technology.

Prime Air’s latest iteration is a hybrid design that can take off and land vertically, like a helicopter, and is as efficient and aerodynamic as an airplane. It can easily transition between vertical-mode to airplane mode, and back to vertical mode. The electric drone can fly distances up to 15 miles and deliver packages under five pounds to customers in less than 30 minutes.

Safety is at the core of Amazon’s mission to develop an autonomous delivery drone. The basis of the design revolves around six shrouds that also double as wings, versus the traditional four featured on most unmanned aircraft. Amazon says this unique design increases stability while minimizing the impact of gusty winds.

Harnessing the latest developments in Artificial Intelligence, Amazon’s engineers have customized the drone to avoid hazards while in transit and when it lands. Equipped with a diverse range of sensors, multi-view stereo vision, plus proprietary computer-vision and machine-learning algorithms, the drones can detect both static and moving objects during flight.

Some homes are surrounded by telephone and electrical wires. Wire detection has been a significant challenge for drone developers and sensors sometimes don’t detect them before it’s too late. Amazon says it has created computer-vision techniques to assist the drone in avoiding wires along with people, animals, and other obstacles commonly encountered on the ground level.

Amazon’s underlying goal is to make all of its deliveries net zero carbon, with 50% of all shipments net zero by the year 2030. The development of Prime Air is one of its many initiatives in the company’s Shipment Zero effort. Drones are a benefit to the environment as they will keep more delivery vehicles, and their emissions, out of transit. Finally, the convenience for the customer lies in being able to order from home, remain there, and receive items in record time.

Amazon plans on delivering packages via Prime Air to customers within the next few months.