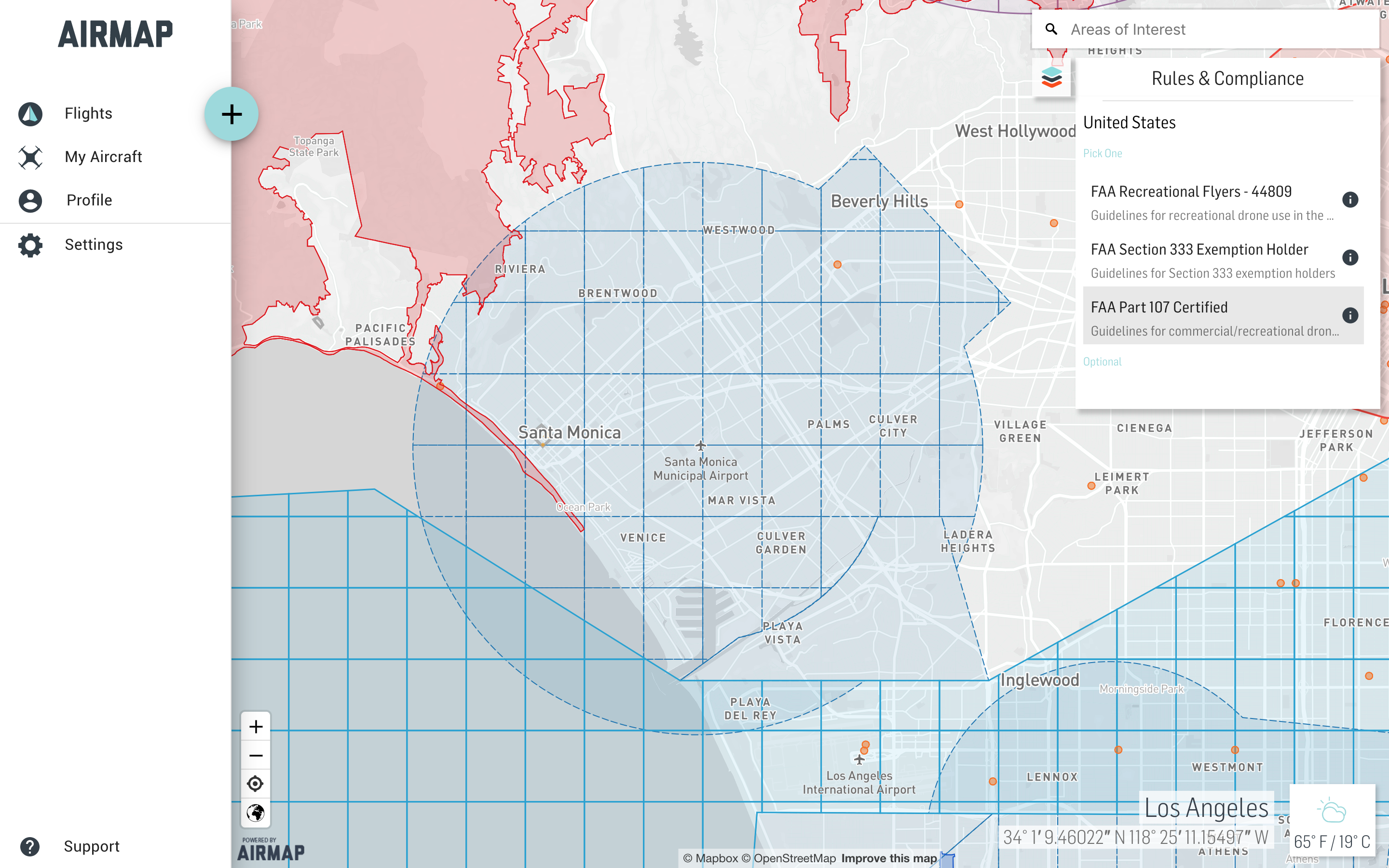 Founded in 2015, AirMap is the world’s first software platform for full commercial drone telepresence. Since then, they’ve powered over 45,000 Low Altitude Authorization and Notification Capability (LAANC) requests, registered over 2,000 developers on their Developer Platform, and serviced over 500 million API calls made to that platform. Leading industry companies including DJI, DroneDeploy, and senseFly have integrated their solutions into their own services.

The service has made significant strides recently, partnering with the United States Forest Service and bringing former FCC Chair Tom Wheeler on to their board of directors. InterDrone got the opportunity to catch up with Airmap’s Chairman & Co-founder, Ben Marcus, and ask a few questions including how they’ve mitigated a few early missteps.

What prompted you to partner with the United States Forest Service for Tread Lightly?

AirMap sees building a complete, real-time view of low-altitude airspace as a key enabler to safe, compliant, and scalable drone operations. This includes data not just for populated areas where humans live but everywhere where a drone might fly, including public lands and even over oceans.

AirMap partnered with nonprofit Tread Lightly! to incorporate U.S. Wilderness Area data into its map. By providing our users with information about designated fly zones over public lands, we hope to help them fly with minimal impact on wildlife.

Why do you think the Federal Aviation Administration (FAA) decided to give recreational pilots access to LAANC?

We can”T speak for the FAA, but we think the expansion of LAANC to additional airports, and now to recreational users points to the overall success of the program. We’ve been an FAA-approved LAANC provider since the program’s start nearly two years ago, and we’re happy to partner with the FAA to support its continued development.

Can you speak to best practices on how recreational drone users can get LAANC authorization in controlled airspace around and above many airports, near their homes, parks, and other ideal places to fly?

Yes! We actually just hosted a webinar Q&A on this subject with the FAA and will post the archived video soon. We’ve also put together a blog post for recreational flyers to learn more about how to use the AirMap for Drones app to request automated LAANC authorization.

You’ve been accused of actions that go against the best interests of remote pilots and the drone industry in general. How would you like to respond to a strong sentiment amongst some pilots who claim “You’re supporting your own right to fly being stripped away every time you open their app??

We founded AirMap because we recognized that without a way to ensure the safety of the national airspace system, the drone industry was never going to take off. So since the company’s founding in 2015, we’ve collaborated closely with authorities to provide technologies that enable more and more drones to fly safely and in compliance with airspace regulations. LAANC is a great example of this; AirMap was among the first to make LAANC to drone operators and we’re still the #1 provider of LAANC authorizations.

Today we offer LAANC at no cost through our pilot apps, which are free to download. We’re also providing technologies through our involvement in the US DOT’s UAS Integration Pilot Program (IPP) the FAA’s UTM Pilot Program (UPP), the NASA-UTM project, and other initiatives around the world.

We may have made a few mistakes early on in how to approach this collaboration effort, but it should be clear from our actions since that AirMap is 100% committed to delivering real-life solutions that help the drone industry.

AirMap is available on the Web, iOS, or Android.