Airbus, Audi and Italdesign Collab on Drone Prototype for UAM 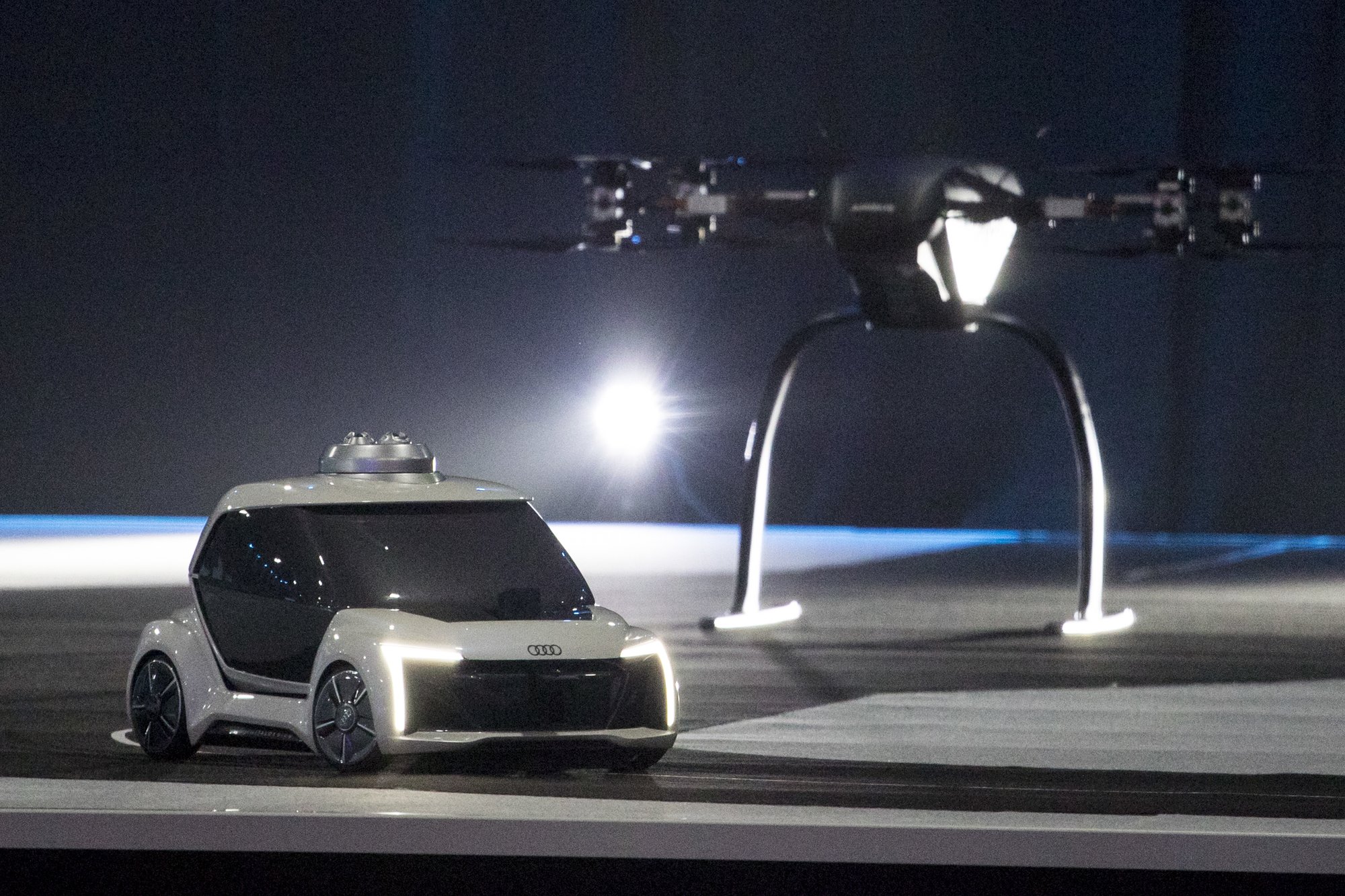 While the concept of Urban Air Mobility (UAM) remains pie in the sky for some, it’s not for aviation giant Airbus, automaker Audi, and Italdesign, a provider of development services for the auto industry. The trio teamed up and unveiled a scale-model prototype drone called the “Pop.Up Next” yesterday in Amsterdam. Made up of three separate modules: a two-seat passenger capsule, a chassis with wheels and a four-rotor drone, the model demonstrated just how possible UAM can be during its maiden flight.

“First, the drone flew across the hall and landed on a black parking spot. Then a small car drove itself underneath the drone and its passenger capsule was lifted up to latch onto the underside of the drone. Once the two were docked, the drone lifted off again and flew back to its starting point, where the capsule was lowered onto another set of wheels to continue its journey,” the AP reported.

Despite a successful trial, Airbus executive Jean Brice Dumont, is cautiously optimistic about when UAM will actually become a reality. “I think it will take more than a decade until a real significant, massive deployment of an air taxi system” is ready, he said, and “for this we need to tick a list of boxes. The vehicle is one, safety is the overarching one, infrastructure is one, acceptability is another one.”

Uber, a direct competitor, is more ambitious, however. Last year, the transportation company revealed an artist’s rendering of its passenger drone with the goal of the year 2020 for demonstration flights and 2023 for actual use.