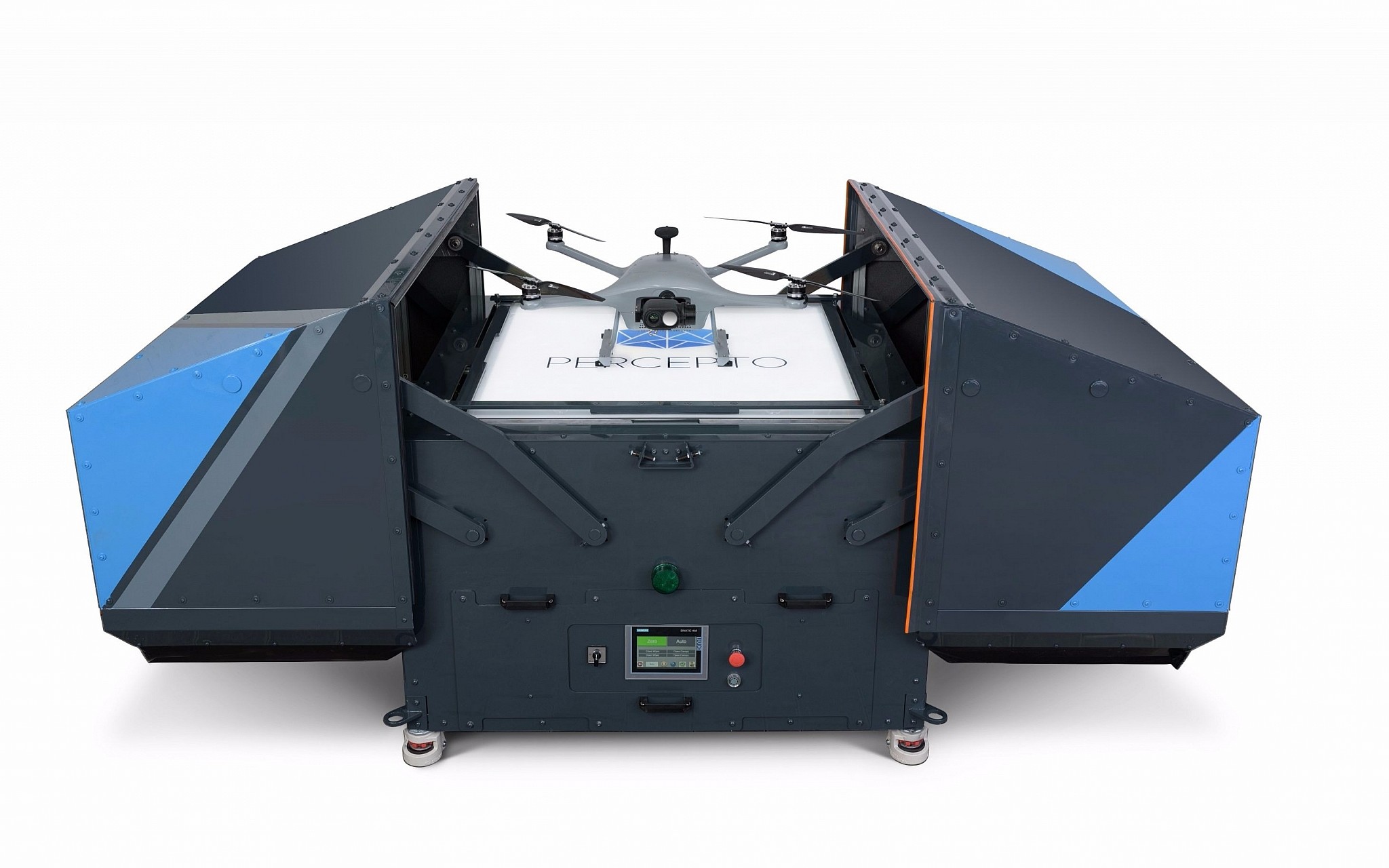 On June 6th, Pecepto and Certus Port Automation announced a strategic partnership to create integrated autonomous solutions for maritime ports and terminals. Percepto’s Sparrow drone will be deployed to provide automated security and safety inspections. The use of drones will add flexible aerial observation and tracking to the already automated port management systems CERTUS provides to over 30 ports and 50 container terminals worldwide.

“Maritime ports and terminals are an exciting new arena with unique requirements that an autonomous drone system can resolve. Percepto is excited to be partnering with CERTUS to make our customers, some of the busiest ports in the world, as efficient and safe as possible while enabling them to maximize resources,” said Dor Abuhasira, Co-founder and CEO of Percepto. “Our mutual collaboration is indicative of how easy it is to adapt our platform for use in numerous industries. “

Isreali-based Airobotics was listed as one of the Wall Street Journal’s Tech Companies to Watch in 2018. This will be the fourth Award in two years following a spot in Fast Company’s World’s Most Innovative Companies of 2018, the Frost & Sullivan New Product Innovation Award, and being voted a Bronze Winner in the innovation category of the Edison Awards.

Just last month, Airobotics signed a $1 Billion project to develop Israel’s coastline areas. “Drones are the future. Utilizing Airobotics? automated drones in this project proved to be an efficient choice, and I”M certain that this valuable tool is innovating the way we operate in construction sites,” said Ofir Uzana, Senior Project Manager at Shapir Civil and Marine Engineering. “We managed to build a very reliable working mechanism using Airobotics? system, that shows results in almost real time, which is a huge achievement.”

The first large UAS flight without a chase plane in public airspace was conducted by NASA in Southern California on June 12th. The Detect and Avoid avionics system (DAA) used to keep the airframe from colliding with commercial aircraft was developed by General Atomics Aeronautical Systems with subsystems from Honeywell. The DAA was fitted on a Ikhana, a NASA owned Predator drone.

NASA has worked with the FAA on this project which it sees as a major step towards UAS integration into the NAS. “This is a huge milestone for our Unmanned Aircraft Systems Integration in the National Airspace System project team,” said Ed Waggoner, NASA’s Integrated Aviation Systems Program director. “We worked closely with our Federal Aviation Administration colleagues for several months to ensure we met all their requirements to make this initial flight happen.”