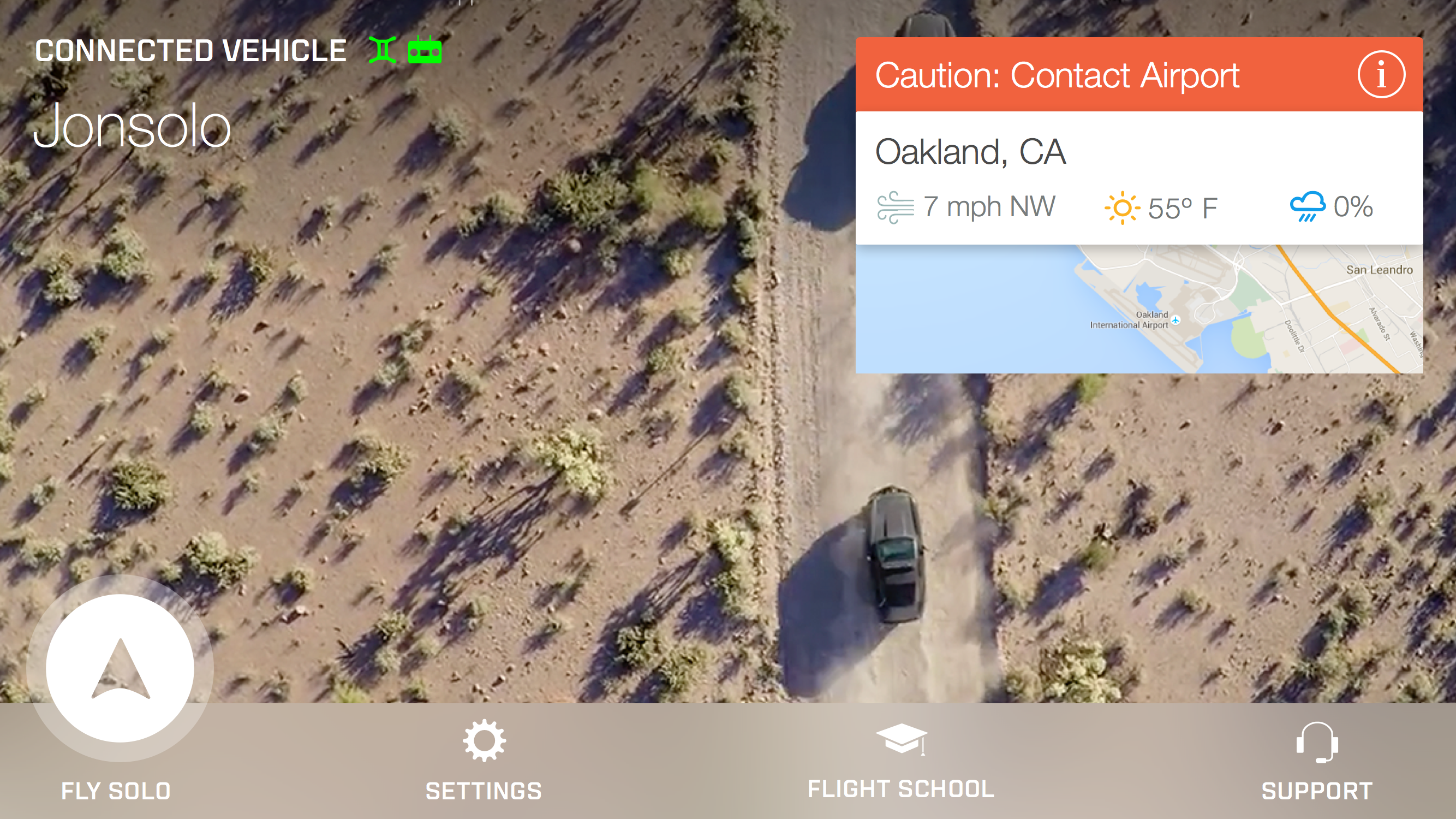 3D Robotics (3DR) has announced it is partnering with AirMap in order to integrate flight safety into its Solo app. AirMap is a flight zone information provider that helps drone operators visualize where they are able to fly. 3DR plans to integrate AirMap’s safety information into its drone app by the holiday season.

“We’ve made drones really easy to fly,” said Chris Anderson, CEO and cofounder of 3DR, in a statement. “With Solo, for instance, we built software into the drone that made it automatic to get the kind of cinematic video you want. This dramatically reduced the amount of practice that used to be necessary back when drones were difficult to fly. Now, we want to make flying as safe as it is easy. Supplementing the Solo app with AirMap’s robust and reliable real-time airspace information allows us to increase education with a seamless and enjoyable drone experience.”

“Drones are a powerful, important and increasingly popular technology, and we want to make it easy for people to fly them safely,” said Ben Marcus, cofounder and CEO of AirMap. “We collaborate with industry leaders like 3DR to give drone users the information they need to make decisions about where to fly.”

In addition, AirMap announced another partnership with DJI to bring real-time airspace information to its drones.

“It’s been a pleasure working with the teams at DJI and 3DR over the last several months to bring these capabilities to life,” Marcus said. “We’re excited about these first steps we’re taking together, and we’re looking forward to bringing enhanced capabilities to even more users in the near future.”