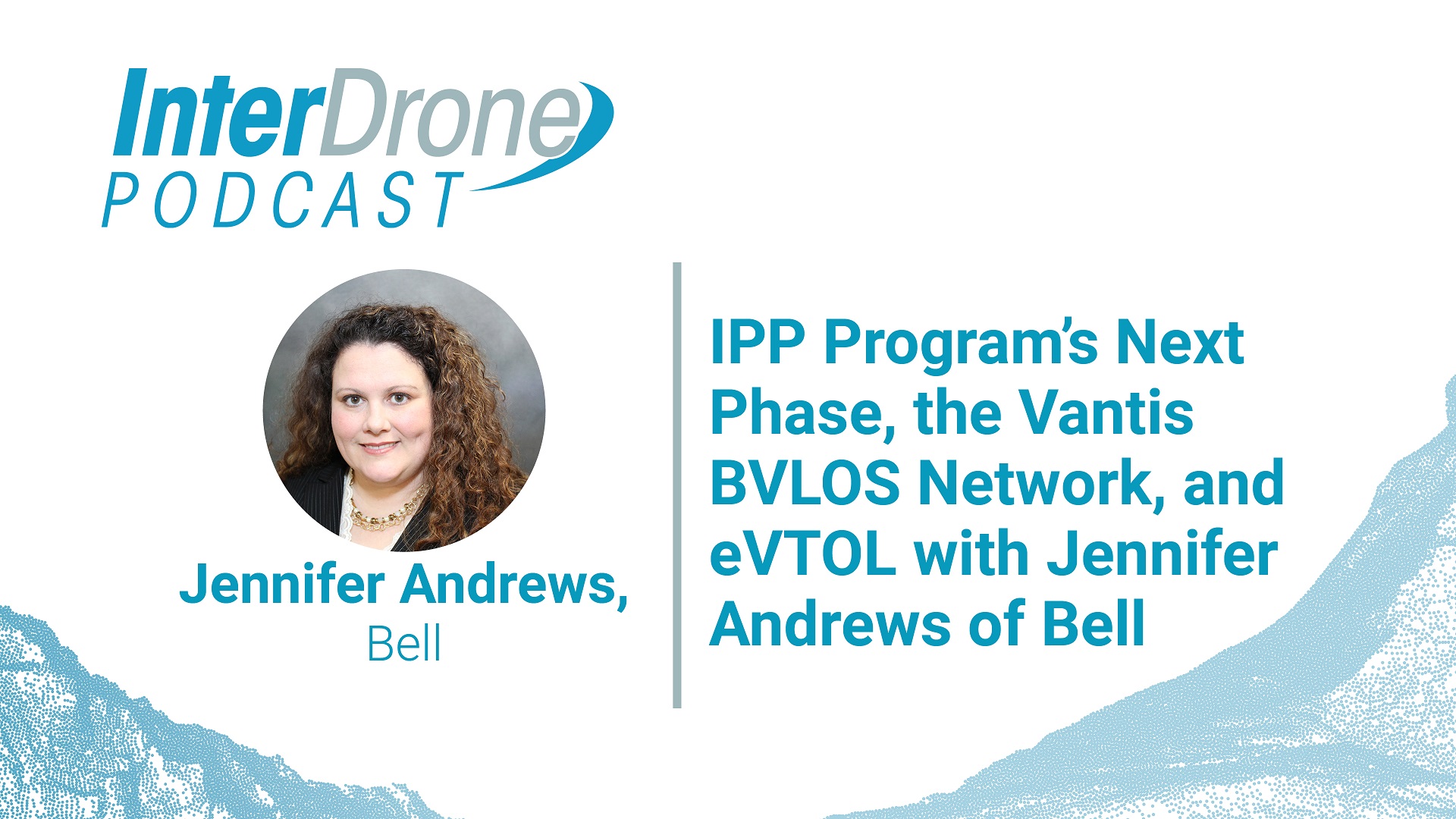 This week on the InterDrone Podcast we sat down with Jennifer Andrews of Bell Flight. Jennifer serves as the NASA SIO (system integration and operationalization) project lead on Bell’s Technology and Innovation team.

We spoke about the end of the IPP (Integration Pilot Program) and what the FAA has planned next, North Dakota’s new BVLOS network, dubbed ‘Vantis’, a new bird-inspired drone with moving wings which has proved to provide unprecedented agility, and finally about Jennifer’s work at Bell and her project with NASA.

Join Jennifer and hear her speak at InterDrone Online, December 15-17!

Articles From The Podcast:

U.S. Secretary of Transportation Elaine L. Chao has announced that the three-year Integration Pilot Program (IPP) has ended as of Oct. 25.

Now, the program will move to a next phase, named Beyond.

A DOT announcement said that “The nine state, local and tribal governments that participated in the program have signed new agreements with the Federal Aviation Administration (FAA) to continue to tackle remaining UAS integration challenges,” say a U.S. Department of Transportation (DOT) announcement.

Vantis will be overseen by the Northern Plains UAS Test Site (NPUASTS), which has served as the state’s one-stop UAS research and testing facilitator since 2013, bringing together government resources, industry leaders and public stakeholders, to pioneer BVLOS activity.

Four key components give the network its advantage: https://www.vantisuas.com/network

EPFL engineers have developed a drone with a feathered wing and tail that give it new flight agility.

The engineers already designed a bird-inspired drone with morphing wing back in 2016.

Their new model can adjust the shape of its wing and tail thanks to its artificial feathers.