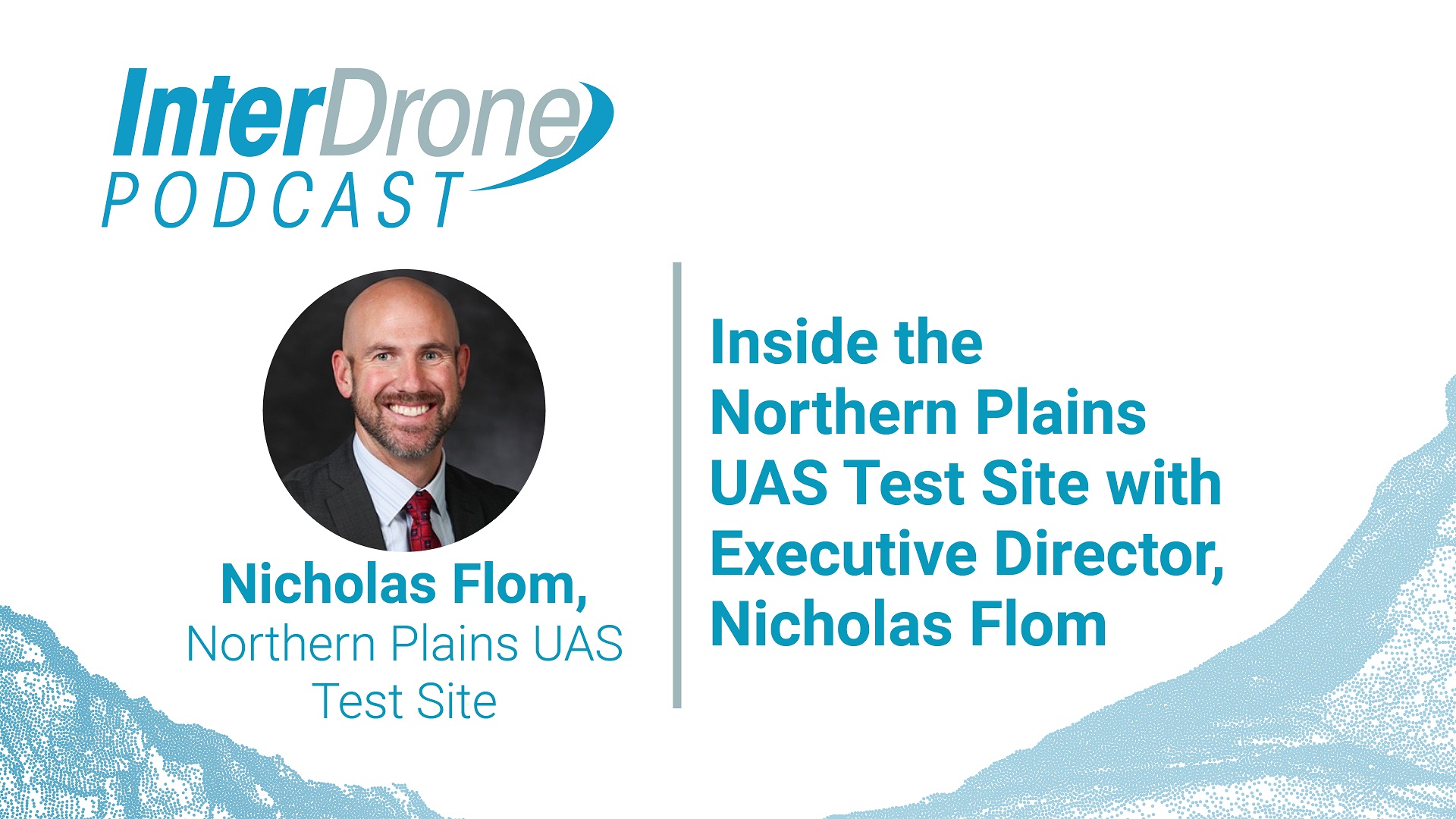 This week on the InterDrone Podcast we sat down with Nicholas Flom, the Executive Director for the Northern Plains Unmanned Aircraft Systems (UAS) Test Site. We spoke about DJI being named the top commercial drone maker with an estimated 70% market share, the BVLOS network North Dakota is building and Nick and his team’s role in the initiative, the state of drone testing in the United States, and much more.

Articles from the recording:

Earlier this month, Drone Industry Insights (DII) released its drone industry report, revealing Chinese drone giant DJI to be the top commercial drone manufacturer. The company is closely followed by Chinese company Yuneec and France-headquartered Parrot Drones. The report stated that DJI is no doubt the leader when it comes to commercial drone manufacturing; It’s estimated that DJI owns between 70% and 80% of the worldwide commercial sector. When it comes to commercial drone hardware, Chinese companies are in the lead by a substantial margin, with US companies taking over the dual-use drone market. AeroVironment is the top of the list, with Boeing’s Insitu, and Israeli Aeronautics following closely behind. DJI, Yuneec, and Parrot could all enter the dual-use list depending on the number of sales the companies see.

The new UAS Center at San Bernardino International Airport (SBD), which opened in July, now provides a local facility for the development of unmanned aerial systems (UAS) skills and technologies. The UAS program was announced earlier this month by the Inland Valley Development Agency in partnership with the San Bernardino County Fire District. The center provides UAS technology companies a location to conduct test flights at a commercial airport. The center has an FAA COA training certificate. There are currently only four Part 107 certified pilots in the program, but SBD Airport Manager Nikolas Persson said after the rest of the airport staff are trained and certified drone pilots, they hope to train first responders.

An Israel Aerospace Industries (IAI)-produced Heron unmanned aerial system (UAS) made history on 16 September, when it became the first UAS to land at a major international airport and integrate into civilian airspace alongside commercial flights. The aircraft operated alongside commercial flights in civilian airspace around the airport when the aircraft arrived and departed. The entire flight – including take-off and landing – was operated from the control station at the departure airfield of Ein Shemer.

1. Take us a little deeper with regards to the Northern Plains UAS Test Site. At a high level, what does it look like? What types of terrain; are there opportunities for companies to conduct flights between land, water, mountains, etc.? What are some notable test operations which occurred?

2. Can you compare and contrast the Northern Plains UAS Test Site with other test sites around the globe? What other sites and what types of test do you look to for inspiration?

3. Last year the state of North Dakota invested $33 million in UAS infrastructure. What is it like being a part of a state and community with a commitment to drone technology?

4. Talk to us about North Dakota’s BVLOS network, the partnership with Volansi, and the goals for building out this network?

5. What do you think is holding the industry back?