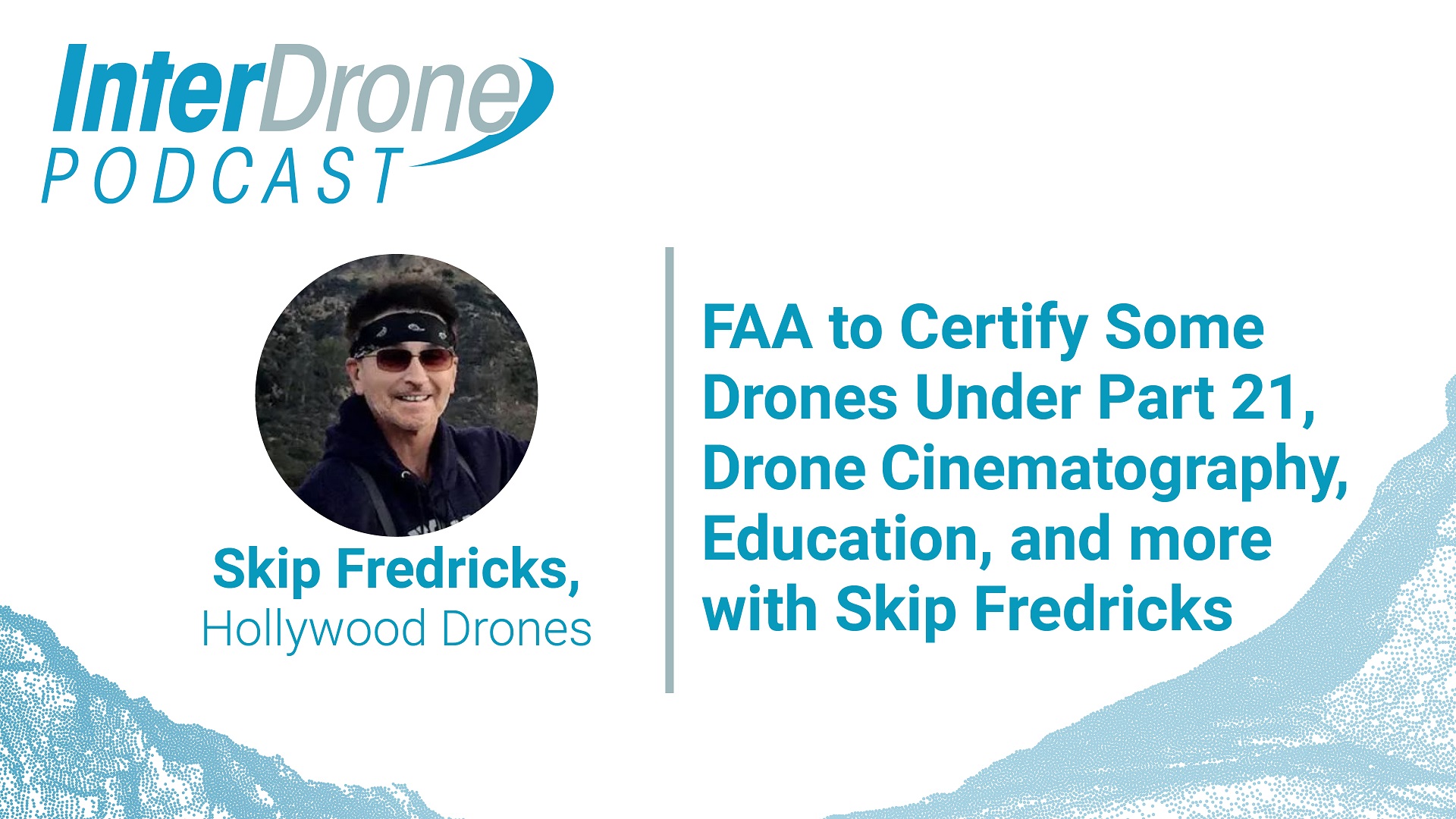 This week on the InterDrone Podcast we sat down with Skip Fredericks, Drone Cinematographer, and Instructor, and Founder of Hollywood Drones. We spoke about the FAA slowly moving toward the certification of drones through the Part 21 framework, states which are taking drone laws and UAS regulation into their own hands by passing legislation, and new AI technology allowing drones to fly into known areas, without a human pilot.

Articles From The Recording: