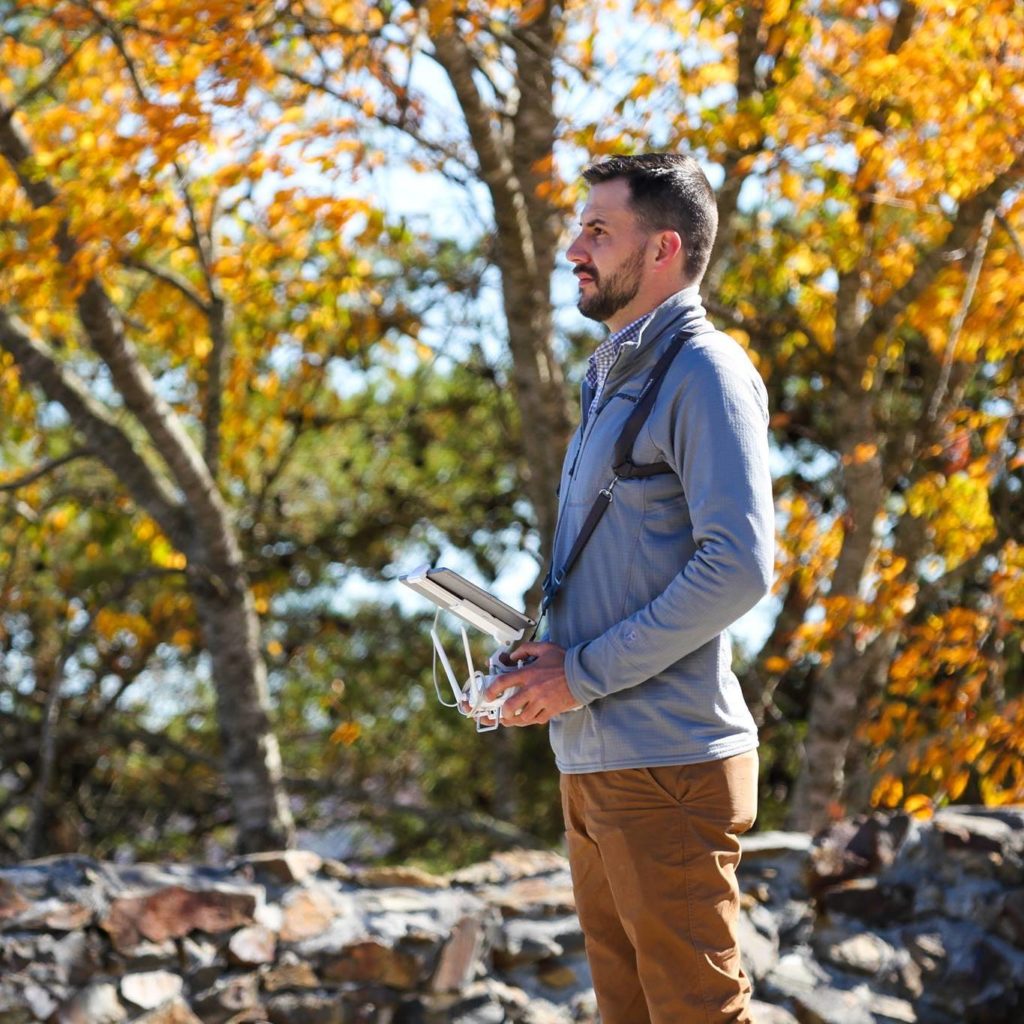 Atlanta-based drone operator Joshua Pruitt has been flying since 2015. His background in public safety, where he focused on fire services and hazardous materials incident response, eventually led him into the sUAS industry. As a Part 107-certified remote pilot, he’s flown for National Geographic, Mercedes-Benz, HGTV, and NBC Sports ? to name a few. He’s also focused on his roots, serving as a Customer Success Manager for leading public safety drone software company, DroneSense. I first met Josh at InterDrone, back in 2018, and had the opportunity to catch up with him recently.

What inspired you to get into the drone industry?

I started flying drones in 2014 after buying a Phantom 3 Standard to take with me on a year-long backpacking trip around South America. Early on I was just taking photos and making videos for myself. However, as the trip went on I started seeing the value prop in having a drone with me.

I began using the drone as a bartering tool to score free places to stay, free trips and excursions and even scored some paying gigs. By the end of my year in SA I was actually able to fly for the Chilean Park Service out on Easter Island where I spent over a month, simply because of the work and free accommodation I scored with the drone. But ooooh man I had no idea what I was really doing at the time. If only I could go back with the knowledge I have now!

Your last sentence is definitely relatable for most of us. Which sectors are you involved in?

I work in the public safety sector. Specifically for DroneSense, a public safety-focused UAS software company. My background and education, prior to traveling abroad, was in fire, emergency management and HazMat response, so it was a really natural fit, by being able to talk shop on both sides of the water cooler. I also still get the chance to do production work from time to time, however, my focus is public safety operations.

How did you become involved in the defense Public Safety sector?

Well early on in my career, I was providing drone services while trying to gain more experience and find my long term niche. I started working with Skyfire Consulting as lead instructor back in 2016 or 2017, very early on in the public safety sector, when drones were still hardly looked at as a tool and more like a toy. I would travel the US teaching basic operations and 107 instruction to police, fire and emergency management agencies. I finally landed here at DroneSense, back in April of 2019 where I am responsible for training, field operations, and deployments, and I also manage our partner channel.

We met for the first time at InterDrone. What attracted you to the conference and what do you consider some highlights?

Early on, InterDrone stood out as one of the “Big Three? UAS conferences to see and be seen. Commercial UAV Expo, InterDrone, and AUVSI’s Xponential were the conferences you went to to see the latest and greatest tech, network with industry players above the pilot/operator level, and really get an idea of where the industry is going. I look forward to these events, mainly for the breakout sessions and the networking.

Some of my best friends in the industry, I only get to see a couple of times a year, attend. The year we met at InterDrone I was fortunate enough to be participating in a panel discussion on, I believe, the topic of building a culture of safety around your UAS program. I believe Abby from DART was on the panel with me, which at the time seemed crazy to me.

What advice do you have for anyone starting out in the industry?

I heard Bill English (NTSB Badass) say once, that your Part 107 is simply your license to learn. There is no greater truth! I see so many new operators posting across the forums, looking for big $$$ work, expecting the money to just come rolling in now that they have a Part 107. I had that same mentality early on as well. That’s just not realistic.

The industry needs competent operators, more often with an understanding of much more than small UAS systems. Find a mentor in the sectors or verticals you want to work in, don”T be afraid to be a VO on an operation. Ask questions (accept how much should I charge for X) and most importantly, STICK TIME! You are not going to be flying high-end production work the day you get your 107, you have to put in the time just as the rest of us have. Don”T be afraid to fail and understand you will crash, it’s just part of it. Network! No this doesn”T mean add every 107 operator in every forum as a friend on your Facebook or LinkedIn, go to conferences, attend classes and meetups, find successful operators in your area, participate in webinars, ASK QUESTIONS!