Welcome to a New Era in Maritime-Capable Drones 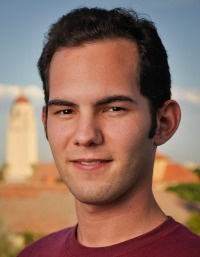 Trent is co-founder and Chief Technology Officer of FlightWave Aerospace Inc. Previously, as part of the Aerospace Design Lab, he contributed to several projects, including the design of NASA’s next-generation supersonic passenger jet, the development of an open-source aerodynamics simulation code called SU2, and the development of an open-source aircraft design code called SUAVE. Additionally, he was a founding member of the Stanford UAV club. He received his Ph.D. from Stanford University in June 2015.

Until recently, launching Unmanned Aerial Systems (UAS) into a marine environment meant sticking close to land. Hovering over surf or cruising around a protected harbor was a limit on the potential scope of your mission. Controlling your aircraft from the beach or a pier was as close to the water as you dared get.

Standing on the beach just doesn”T cut it anymore for a growing number of industries and professions that need to get eyes or sensors on open-water tasks or targets. Helicopters are too expensive for frequent use. Boats can be too slow for certain missions. A UAS makes a lot more sense. Flying over open ocean is a lot riskier, wind and waves are not friendly to the average drone.

The need for a maritime-capable UAS became glaringly obvious to our designers at FlightWave Aerospace, Inc., in Santa Monica, California. The use cases for a professional-grade UAS have continued to expand:

We realized there were three big imperatives a maritime-capable drone would need to truly move the needle for people running challenging sea-based and land-to-sea missions: speed, endurance, and weather-resistance. A drone needs to be faster than alternative equipment. It needs to be able to fly farther and stay aloft longer. It’s got to have high wind resistance so it can operate in real-world conditions.

Think about how fast your fastest boat can go on the water on a nominal sea day. Consider a two-meter swell day. A three- to six-foot swell day. How fast can you go on the water? Probably no more than 25 knots.

That’s too slow for a lot of missions. There is fast for boats and there is fast for airplanes, and they are very different. Put the two together, though, and you get some really amazing capabilities. Tell someone who spends most of their time on a boat that they can cruise at 38 knots, for example, and the difference becomes really tangible to them.

We asked ourselves, why not create a drone that can move faster than almost anything on the ocean. The Edge was developed to reach speeds just over 50 knots. That’s 100 kilometers per hour! That guided our thinking when we designed the FlightWave Edge? UAS.

The same goes if you’re monitoring climate-change, for example. Say you wanted to track oceanic thermal fronts ? very quick changes of surface temperature in very short amounts of space. A person on a boat would be driving around, putting a thermometer in the water, which would take a lot of time, a lot of fuel, and could only cover so much area.

The right drone, with the right sensors attached, could collect and store immense amounts of data. It could fly for a lot longer ? and a lot more efficiently ? than that person in a boat. Our Edge?, for example, can remain airborne for two-plus hours in cruise, with up to 100 km range.

The maritime environment is unforgiving. Mother Nature sets her own rules. She doesn”T care about our mission, our job, our timetable. It’s smooth sailing and sunshine one minute, six-foot swells and wind-whipped spray in your face an hour later.

We have great respect for the conditions that can confront you out there. We know the feeling of trying to pilot a drone in rough weather. It’s very intense, to be honest.

We designed the Edge? to reject wind up to 40 knots. It transforms from tri-copter to forward flight automatically in seconds, which helps the drone handle more like a full-size aircraft ? especially helpful when it’s really blowing out there.

When you think about all the emerging needs involving maritime missions, you realize how important it is to have a UAS available that supports these use cases. That’s what motivates our work at FlightWave Aerospace. That’s what will keep driving innovation in maritime-capable drones. It’s an exciting time to be in this space!