Duke University will be joining the list of institutions utilizing drones for scientific research in the U.S. as it recently opened a new UAS testing facility at the Nicholas School of the Environment. The Marine Conservation Ecology Unmanned Systems Facility, as it is called, will conduct studies in weather research, such as hurricanes off the coast, the surveying of marine mammals, and the tracking of marine macro plastic distributions.

Initial operations began earlier this month after the university held a workshop to gauge interest, field questions, and address any concerns about establishing a UAS facility on campus. Its first use came in the form of a joint initiative between Duke and the University of North Carolina to track endangered olive ridley sea turtles.

David Johnston, executive director of the new facility, expressed excitement for drone use within the field of marine research. “Unmanned aircraft systems have the ability to collect large volumes of data from even the most remote or extreme locations. They are transforming how we study and learn about the marine environment,” he said.

The facility will also be used to both educate the public and offer courses to Duke students. Students will learn about all the basic requirements for certification and safe operation, and also have the opportunity to build custom drone solutions and test them.

Duke expects to earn its official FAA Section 333 exemption in the next few weeks, which would allow the facility to create partnerships with private industry for commercial testing. If you’re interested in learning more about the Duke University Marine Laboratory, check out its official website here. 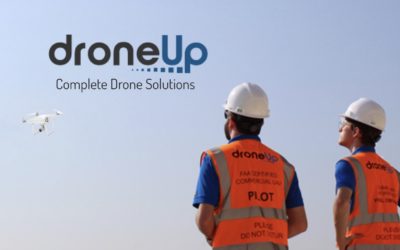 DroneUp kicks off their UAS program with the state of Connecticut

Back in August, DroneUp, an end-to-end aerial data collection services provider, was awarded a...