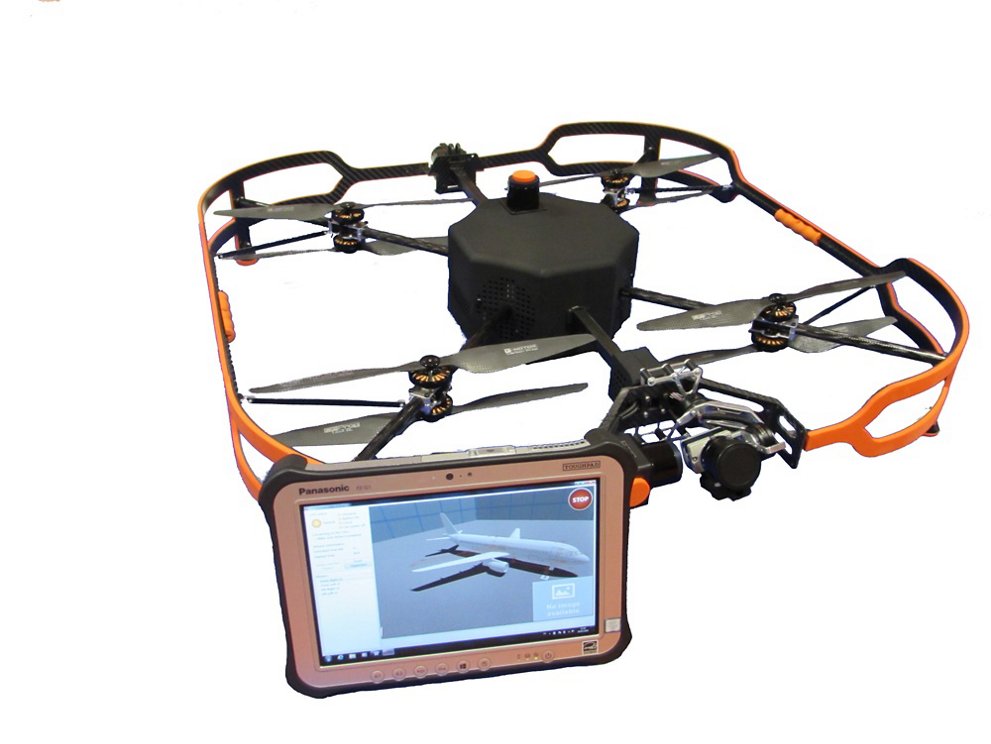 As part of its ‘Hangar of the Future’ (HoF) initiative, Airbus SE unveiled a new indoor inspection drone at MRO America’s. The drone will be utilized for visual checks on passenger aircraft and increase the quality of inspection reports.

For those familiar with drone inspections for insurance claims, Airbus’ new drone will perform much of the same task but with specialized software tool for the analysis of large-scale aircraft. The airframe and system were developed in cooperation with Airbus’ subsidiary Testia. The greatest performance gains are expected in assessing the structural integrity of the upper parts of the fuselage.

Operators will be be able to set the drone on a predefined inspection path to capture hundreds of pictures of the aircraft exterior. They will also be able to get more detailed passes on localized targets to measure surface damage. The drone is also equipped with a laser-based sensor, optimizing it for indoor inspections.

As a fully-integrated part of Airbus’ HoF, the system will communicate with IoT devices, other collaborative robots, scanners, and cameras to connect the data collected to Skywise, Airbus’ open data platform.

Airbus expects the system to reduce aircraft inspection time from one day down to three hours. The expected release date for the system is the fourth quarter of 2018, following an expected EASA approval.